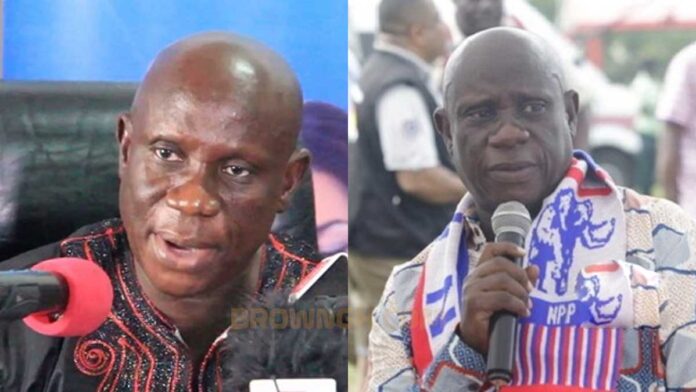 The Deputy General Secretary of the New Patriotic Party (NPP) Nana Obiri Boahen has confessed that victory for the party will be difficult in the 2024 general elections.

He indicates that this would be so because they party would have to present a new candidate as its flagbearer either than current President Nana Addo Dankwa Akufo-Addo who would not be eligible to contest as the constitution stipulates.

“Victory for the NPP in 2024 will be very difficult because you will be going into the polls with a new flagbearer. Under the history of this tradition, whenever there is a change in flagbearer a lot of things happen. In 1979 between Paa Willie and Victor Owusu there were disagreements. At Legon in 2007 ahead of the 2008 elections, you all saw what happened”, he revealed on Accra-based Okay Fm monitored by MyNewsGh.com

According to him, the unresolved disagreements emanating from the 2007 Legon primaries led to the defeat of the NPP in the December 2008 general elections.

He warned that the fact the National Democratic Congress(NDC) has substantial number of seats in parliament, it would make an attempt to improve in 2024 which is likely to put the NPP on the edge.

To him, the solution to the position the NPP finds itself is to go back to the drawing board and strategize ahead of the 2024 polls likening it to a football team that wins a match or loses but goes back to right its wrongs ahead of future competitions.

“At any point in time in a human life or institution, you need to go back to the drawing board. We must however do that devoid of apportioning blames of who did what and who never did what”, he advised.

Naana Blu Set To Release Her Maiden EP, “This Is Highlife”, On 30th September