Home News 6 prominent and powerful Ghanaians who are Freemasons 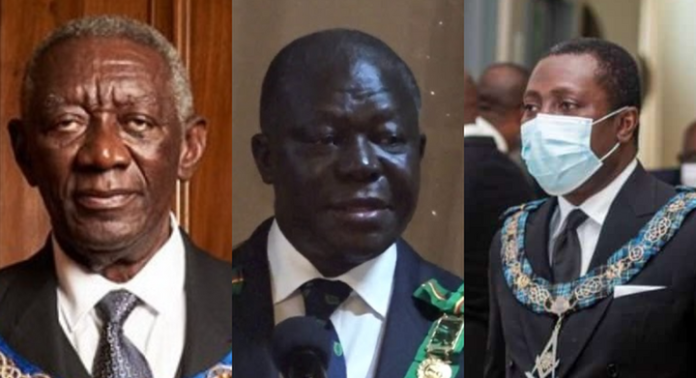 Freemasonry is one of the world’s largest non-religious, non-political, fraternal, and charitable organizations. 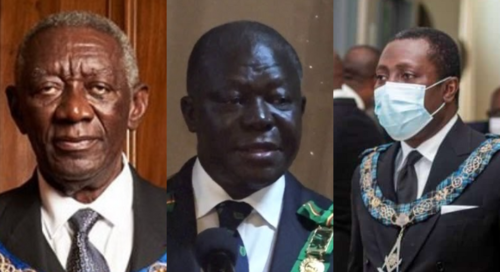 Its members come from all walks of life and meet as equals whatever their faith, ethnic group, or position in society.

Prominent and notable people in Ghana have joined the freemason and adhere to its principles and practices.

Some of these notable men and women can be found in politics, the health sector, legislation, urban planning and architecture, the judiciary, and many more.

Individuals aim to shape their lives around five core principles according to the official website of the United Grand Lodge of England (UGLE).

Former President John Agyekum Kufuor is a member of the Freemasonry and Senior Grand Warden of the United Grand Lodge of England.

Kufuor said Freemasonry was an ancient craft and hitherto, it was almost taboo to talk about it publicly because the ‘High-and Mighty’ and the ‘Powers-that-be’ in society at that time, wanted to expunge it. 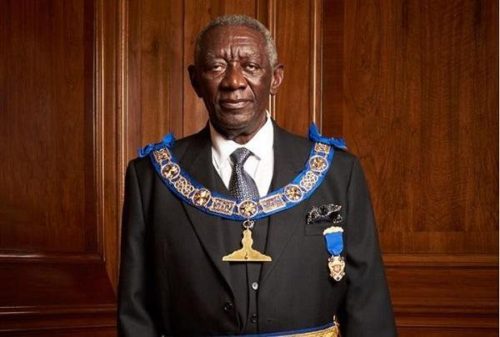 The Asantehene Otumfuo Osei Tutu II has stated that he is a proud Freemason.

He said: “I am a proud Freemason and I confirm that the principles and tenets of Freemasonry that we are taught in the Lodge, especially in the areas of governance and accountability have always stood me in good stead in my daily functions as Asantehene.”

John Henry Martey Newman, a Ghanaian Historian, Administrator, and Lawyer and was also the Chief of Staff of Ghana under President John Atta Mills.

Otwasuom Osei Nyampong is the grandmaster of the Grand Lodge of Ghana.

He has been active in providing the public with more information about Freemasonry.

The National Security Minister, Albert Kan Dapaah, has been appointed and installed as Assistant Grand Master of Freemasons in Ghana.

This was at a ceremony held in Accra on Saturday, May 8, 2021, by the Grand Lodge of Antient Free and Accepted Masons of Ghana.

Dapaah was installed together with other prominent Ghanaians.

The Akuapemhene of Amanokrom Akuapem, Dr. Nortey Omaboe, was also installed as the Deputy Grand Master. 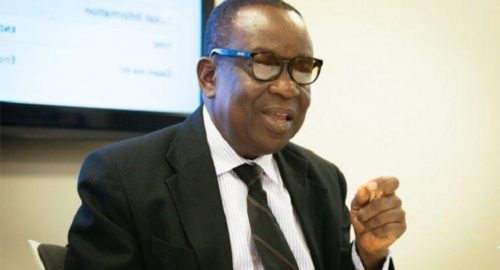 The Member of Parliament for the people of Effutu in the Central Region, Alexander Kwamena Afenyo-Markin is a member of the Grand Lodge of Free Masons.

According to him, the teachings and values of the organization do not conflict with his catholic principles and upbringing.

“I am a mason and I have not been sanctioned by the Catholic Church. Freemasonry is a fraternal society that believes in God Almighty and follows certain principles that guide a man’s life and it does not run counter with my beliefs as a catholic. President Kufuor is a mason and a catholic,” he said on Accra-based Starr FM. 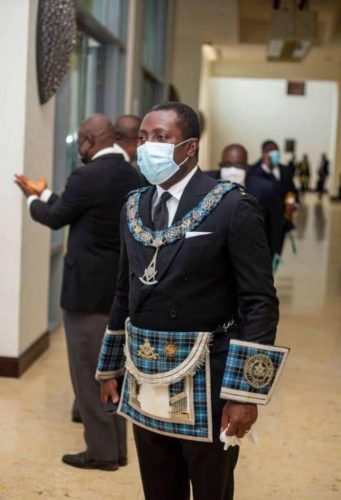 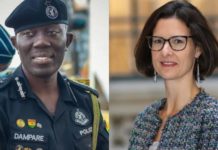 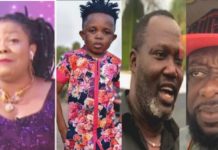