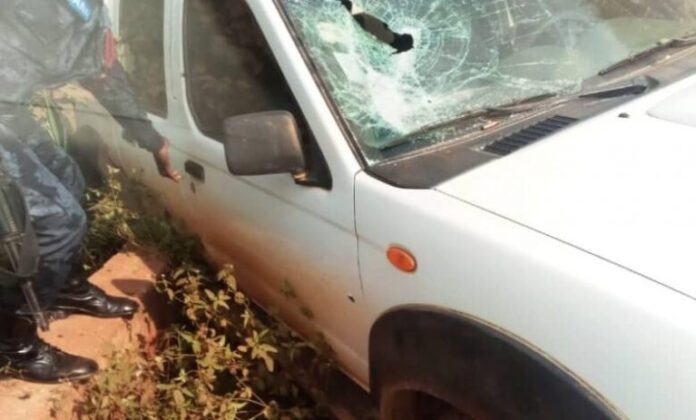 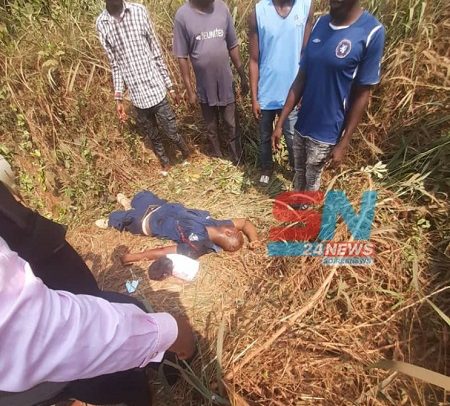 Suspected armed robbers have reportedly shot and killed a police officer who was assigned to guard a bullion van which was filled with cash being sent to a bank.

According to reports, the incident occurred on the Adansi Fomena road in the Ashanti region.

The armed robbers allegedly bolted with huge sums of money and gun belonging to the police officer after killing him.

The Ghana Police Service has began investigations to find the armed robbers who were so bold to commit such a crime in a broad daylight.

The mortal remains of the police officer has been deposited at the morgue.

The white van with registration number GT543-19 had a bullet hole in its windscreen, and windows of its back seat completely shattered.

Paul Okoye cries out after someone sent him a DM asking for $2million to...