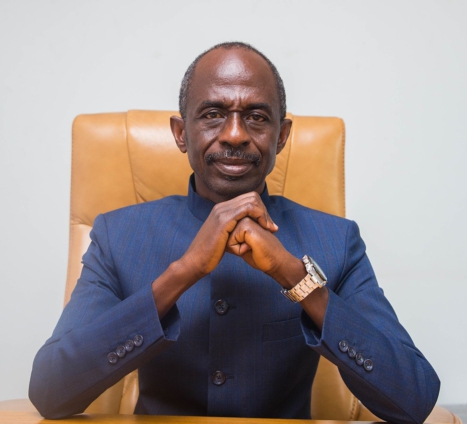 General Secretary of the National Democratic Congress (NDC), Johnson Asiedu Nketia has been appointed by Speaker Alban Babgin as a member of Parliament’s Service Board.

Mr Alban Bagbin on Monday, March 29, informed the House of his decision to appoint the personalities who make up the Board.

“If you recall, there was an outstanding issue I drew the attention of the House to. In fact, it was the deputy Minority leader who drew the attention of the House to the fact that the Parliamentary Service Board was not yet in place. I wanted to know why and the explanation was that the advice that this House was to give me has not yet been communicated to me. I now have in my hand, the advice of the House. The advice is to the effect that the Committee after a long period of discussion submits for the appointments the names of the following persons…” he said.

Some members of the Advisory Committee, however, submitted to the Speaker that the membership of the NDC’s General Secretary on the Board “may amount to an undesired intrusion into the governance of Parliament by a political party and may not in the circumstances bode well for the independence of parliament since he [Asiedu Nketa] is the General Secretary of a major political party.”

But according to the Speaker, the only authority prescribed by law to appoint members of the Board allows that Asiedu Nketia be appointed as a member.

He further stated that former MP for New Juaben North, Hackman Owusu Agyeman was, some time ago, appointed a member of the Board despite being a part of the governing New Patriotic Party (NPP) hence “what is good for the gander is also good for the goose

Some legislators in the House appeared not to be in support of the Speaker’s decision while others cheered the him on.

Majority Leader Osei Kyei-Mensah-Bonsu in his submission declined to challenge the decision taken by the Speaker emphasising that he has no aim to bring the House into disrepute.

The Parliamentary Service Board makes regulations prescribing the terms and conditions of service of officers and other employees for the effective and efficient administration of the Service.

Also, the Board appoints the Clerk to Parliament and other members of staff of the Service in consultation with the Public Services Commission.