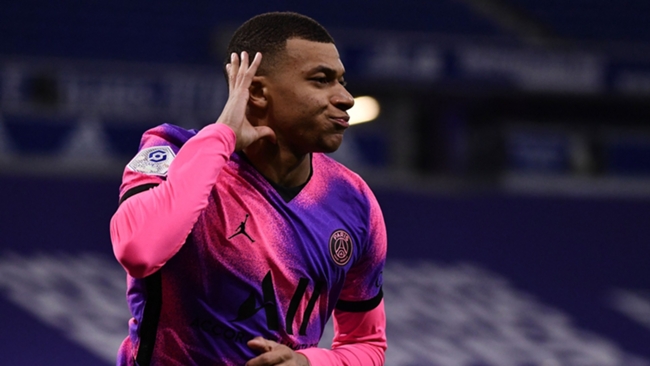 Mbappe was the star of the show in the first leg of the Champions League quarter-final tie between Bayern and Paris Saint-Germain, scoring twice as the holders were beaten 3-2 in Germany.

Should the 22-year-old score in the return fixture in Paris, he will become the first French player to reach nine goals in a single Champions League season.

Mbappe has scored 33 goals and provided 10 assists in 39 games this season in all competitions. Only Bayern striker Robert Lewandowski (42) has scored more, while only the Poland star (50) and Tottenham’s Harry Kane (45) have had more direct goal involvements.

Ahead of the second leg on Tuesday, Flick explained why there is no doubt in his mind that Mbappe will one day be crowned the best player in the world.

“He will win the Ballon d’Or one day, I am absolutely convinced of that,” said Flick. “He has everything. He is fast, he has good technique and – most importantly – he scores a lot of goals.”

“He is very dangerous,” said Muller. “With our style of play, space will automatically be created.

“Neymar and Mbappe usually stay up front, they don’t defend but they stay in a dangerous situation for a counter-attacking chance. You’re never going to be able to keep them out of the game completely.”

Bayern had gone 17 Champions League games without defeat under Flick until PSG’s victory last week and must now end a four-game losing away run against PSG if they are to progress.

Only three of the previous 50 teams to lose the first leg of a Champions League knockout tie have gone through to the next round, but one such instance involved PSG, when they were stunned by Manchester United at the last-16 stage two seasons ago.

“We had many chances in the first leg, but weren’t so clinical. We have to do better. We know it won’t be easy, but we will give everything,” said Flick.

“We know we have to score at least two goals. It will be a tough task, but these are the games we play football for. We want to cause a mini upset in Paris. Of course, we’ll be delighted if we manage that.”

Conceicao confident Porto can storm back and knock Chelsea out 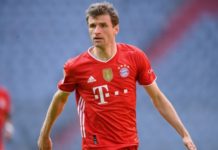