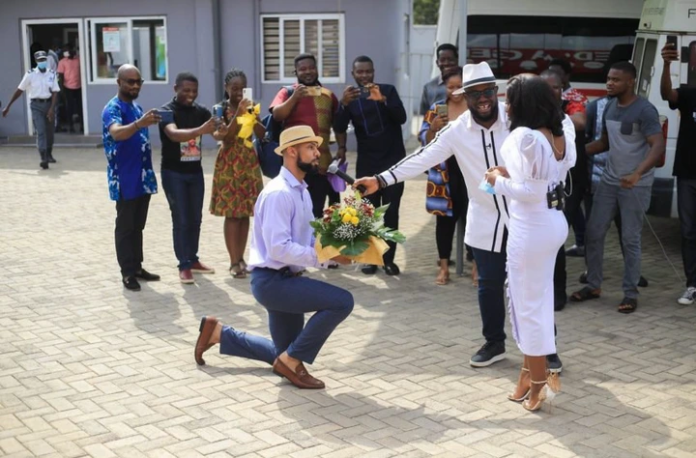 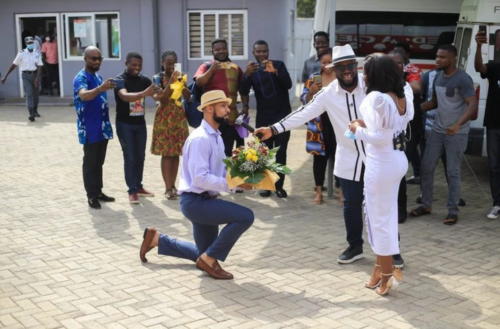 April 1 is a special day in the world.

As the day coincided with her birthday, Berla couldn’t believe her eyes when a man proposed to her.

In a video available to Zionfelix.net, the man gave a flower to the TV3 presenter.

He then asked if she will marry him while on his knee.

Berla Mundi’s colleagues, Giovani Caleb, Johnnie Hughes and others chanted that she should say yes.

She however stated that she doesn’t know the man.

Berla also asked for the document of a car claimed to be for her.

She thought it was a prank-and we hope you know what date it is?

Darkovibes – “Dance For Me” (Prod by Vacs)

YOU WILL LOOSE YOUR TWINS; NANA TORNADO FIGHTS AFIA.