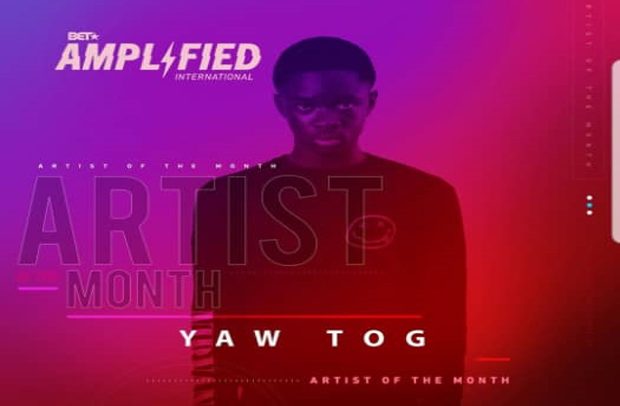 BET Amplified is the seal of approval on the next big thing in music.

In an Instagram post sighted by DGN Online on the official page for BET UK, they wrote, “BET International is proud to announce @yawtog_yt as our April “BET Amplified International” Artist of The Month! BET Amplified is our seal of approval on the next big thing in music! Stay tuned to our social accounts to see more of Yaw Tog throughout the month of April! #BETAmplifiedInternational #YawTog”.

The Sore hitmaker Yaw Tog recently released another song titled “Time” off his newly launched EP “Time” which consists of seven tracks including his mega-hit “Sore Remix” featuring Kwesi Arthur and Stormzy. Other songs on the EP include Good Friend, Boyz, Fake EX, Mood, and Y33gye

Video of Accra Mall caving in and collapsing