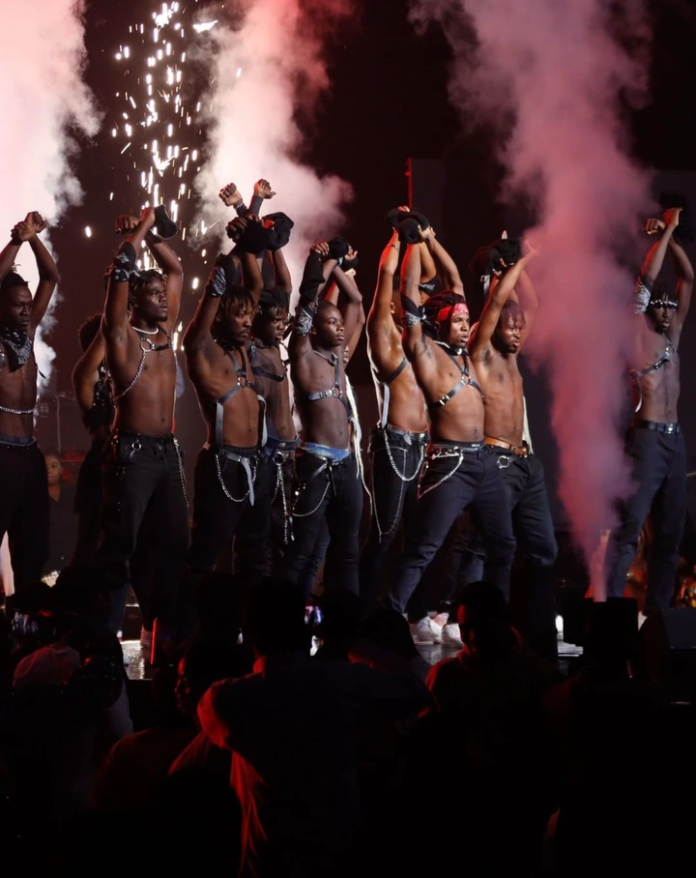 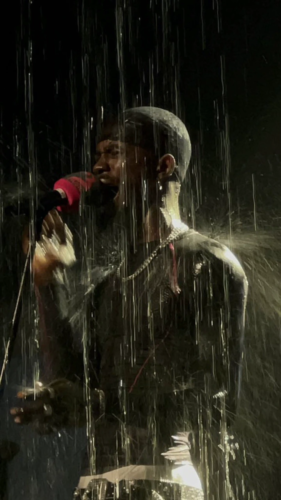 Black Sherif, the currently most talked about artiste in the country shocked fans with an electrifying performance at the Music Awards event was held last night 26th March 2022 till this dawn.

Blacko as he is affectionately called was the opening act of the night and not only lived up to the hype but surpassed all expectations when he made it rain from the roof on the stage. The crowd who were overwhelmed by the stagecraft couldn’t hold their voices but screamed the roof with excitement. Click here to watch the video

The ‘rain’ falling on Black Sherif as he performed is certainly a first of its kind in the country when it comes to live stage performances. His brilliant stage act reignited interest in the show after it was interrupted due to a technical challenge.

People who follow the show on live TV and social media forgot their frustration resulting from the technical hitch and began enjoying the show when Black Sherif opened the night with his unparalleled performance.