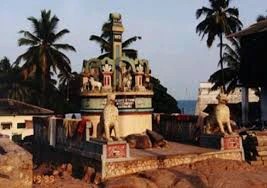 Ghana is a multicultural and ethnically diverse country. Ghana’s people are diverse in many ways and come from many walks of life. Naturally, some areas of Ghana are seen as more hazardous and frightening than others. These judgments are based on a variety of factors, including superstitious beliefs and high rates of crime and violence. In this post, we will list the top six towns or vicinity in Ghana that are considered to be the most dangerous.

If you have any acquaintances from the Volta Region, Nogokpo is almost certain to have come up in conversation. When you wrong your friend(s), they may joke about sending you to Nogokpo.

Nogokpo is a tiny town in Ghana’s Volta Region, located along the Trans–West African Coastal Highway in the Ketu-South Municipal. According to legend, the village is built on top of a great shrine that protects and defends its inhabitants. The Nogokpo shrine also deals with spiritual matters, including everything from finding lost goods to health problems, travel problems, and any other problems that plague people. Don’t try any crime there, otherwise, the shrine will expose you.

The legendary town of Nima comes in second on our list of the scariest towns in Ghana. Nima is known for being filled with crime, violence, and thug culture as one of Ghana’s many “Zongos.” In fact, Shatta Wale, a prominent Ghanaian dancehall performer, wrote a song called “A Nima Mi Seh” that has some of the most known lyrics about the town.

Although Nima and its environs are home to many calm and nonviolent residents, the town’s negative reputation stems from its rotten produce. 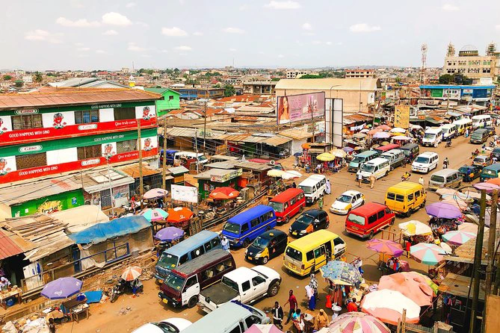 We won’t say anything about Ashaiman; instead, we’ll offer some helpful advice: if you ever find yourself in the Ashaiman area, lock your doors and keep your phones, handbag, and other valuables secure.

The streets of Ashaiman are teeming with the most brutal and hardened thieves who would rob you as soon as you let down your guard. Ashaiman is also home to a group of notorious thugs known as “Kwashey lads” in pidgin English. These kwashey lads may not even try to rob you in the dark; instead, they’ll approach you with a rifle and demand that you hand over your belongings. If you believe you can outrun a bullet, go ahead and try it. 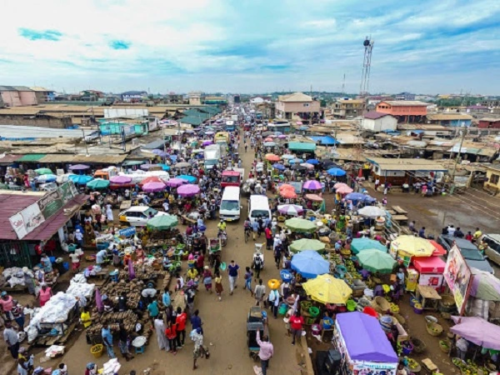 The Sefwi-Wiawso District is a Ghanaian district in the Western Region. Wiawso is the capital, and in 2012 it was upgraded to the rank of a municipal assembly. Because of the high number of murders in the community, it has been under continual media investigation.

These assassinations are frequently carried out for religious reasons. People in the town have been known to slaughter relatives for blood and money rituals, and newcomers are frequently told to be cautious or stay away.

Seva is a small island in Ghana’s Volta Region, located in the Keta Lagoon. Because it is a stopover station for many migratory birds, this island is significant as a bird viewing location. The sandy beaches, general cleanliness, and traditional storytelling in Ewe are just a few of the town’s many attractions.

The village, however, has an enigmatic and superstitious cultural history. The stones on Seva’s beach, according to legend, can’t be taken over the sea to the mainland. It is just forbidden by the gods of the island. Attempting to defy the gods by bringing stones across the sea will have disastrous effects for those involved.

This circle is named after Dr. Kwame Nkrumah, the first President of the Republic of Ghana. It is the heart of Accra, and life never ceases here. The crime rate is high, and the country is currently dealing with a drug gang epidemic. Muggings and theft are widespread on the streets, making this an unwelcome location for most individuals. Also, don’t travel alone at night, and be cautious when buying important items from hawkers, such as phones.

Deon Boakye – Why Me