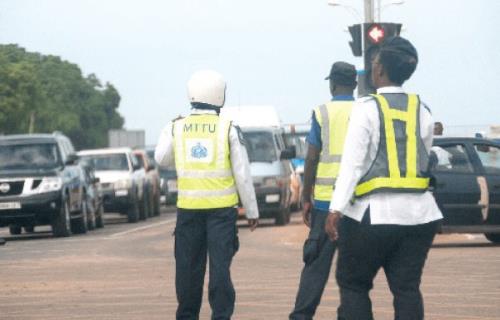 Head of Education, Research and Training of the Motor Transport and Traffic Directorate Ghana Police Service says citizens are allowed to record police officers they are being searched.

Supt Alexander Obeng who was speaking on JoyNews The Law Sunday noted that the act will keep the police officers on their toes and protect the dignity of citizens.

According to him, suspects of any crime when being searched still have their rights, therefore, police officers should not humiliate them.

“Citizens have rights; when they are being searched, arrested, and transported to the police station or court. And the first right that is guaranteed under our 1992 constitution is Article 15. It is very critical that, [that is why] despite whatever power police have, when arresting and searching people, it is not supposed to be done in an undignified manner,” he stated.

Two weeks ago, Citi FM’s Umaru Sanda was subjected to what has been described as an unlawful search at the Kwame Nkrumah Circle interchange by four armed policemen who were driving a SWAT branded car with registration number GP 4536.

He added that the armed men demanded to search his car for weapons and drugs.

Mr Sanda who captured all the action on camera later explained that he filmed the police search to ensure no incriminating evidence was planted in his car.

This, Supt Obeng says, it is impressive and must should be encouraged.

He subsequently, advised his subordinate to be cautious how they react when they are being filmed.

For him, citizens have the rights and must be allowed to exercise it.

“It cannot be that for example if you [Police] are at Kwame Nkrumah Circle and you are conducting your search in public and all eyes are observing and the camera is also observing and you take an offense. “I think that we should look at these things as very trivial, unnecessary and I believe we the Police officers are learning from these incidents.”