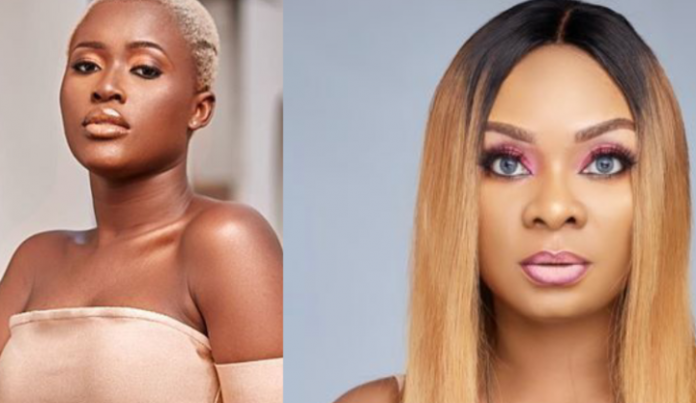 Beverly Afaglo made the revelation that she wondered what she has done to her Falls. This left many people reacting to the actress, Fella, is said to have blocked her Ewe sister Beverly Afaglo on social media.

In a post sighted by talentshouse.com, Afaglo is alleged to have said that she didn’t know that Fella had blocked her until she attempted to send her a message on Instagram.

In the said sighted post, a friend send her a photo of a type of hair she wanted to have, but she got to know that the hair was not available. Afaglo said she asked the friend where she found the hair and she said it was on Fella’s Instagram page.

Beverly said she was totally shocked to see that Fella had blocked her on Instagram, and so she was not able to message her. She was now wondering what was the issue because the two have never met before, and she has never said anything about her before.

Afaglo added that said she has not even smelt Fella before and so she is shocked that her “Ewe sister” would block her. She called on others to ask Fella Makafui if she had wronged her in any way.

OUR MEN ARE READY TO TRAIN NEW ARRIVALS; IMMIGRATION SERVICE ACADEMY AND TRAINING...