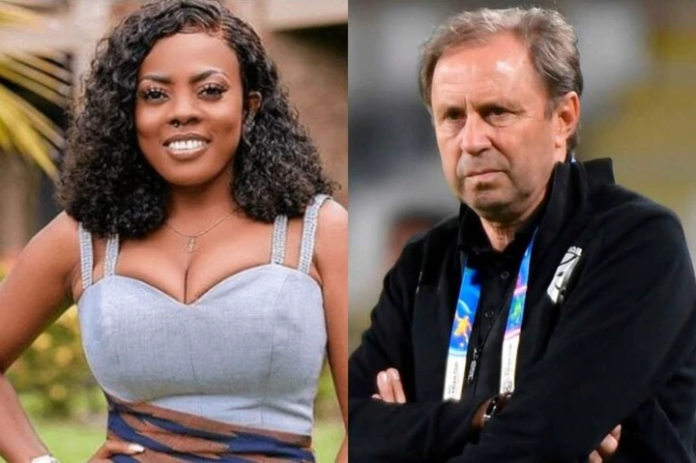 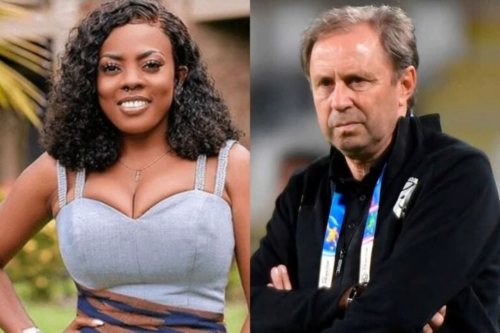 Recall that Coach Milovan who served as the Head Coach for the National Team of Ghana was sacked after the Black Stars failed to qualify in the group stages of the African Cup of Nations.

Well, Nana Aba’s merciless postulations come after the new Coach Otto Addo made an anticipated substitution in the second leg between Ghana and Nigeria.

Jordan Ayew, was substituted by Kyere as announced by Nana Aba Anamoah. However, her remarks about the former Coach triggered this editorial.

She called Milovan a scammer and a fraudster while throwing her weight behind the new Black Stars Coach, Otto Addo. She claimed Otto Addo is greater and better than Milovan.

Meanwhile, her post has elicited several reactions from netizens on social media after it gained traction.

Clifford who didn’t condone Nana Aba’s assertion noted that it would have been a different case for someone who had said what she directed to the old white man. He wrote; Like if ebe somebody you Guys go come say person no de pet..😨😓..
Waaasee what you de do some one ein old boi..SMH