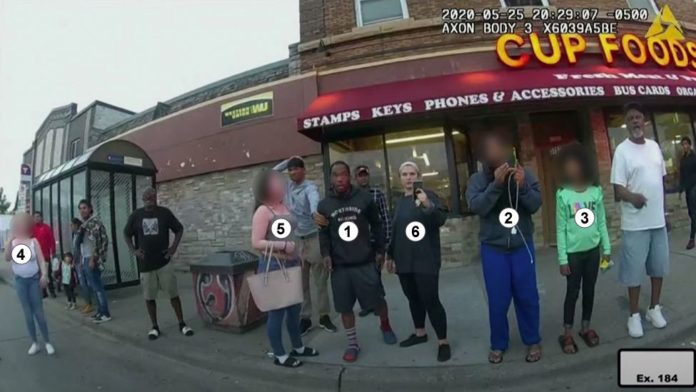 A police trainer has testified that ex-officer Derek Chauvin was not trained to use his knee in a neck restraint as he did during George Floyd’s arrest.

Mr Chauvin, 45, was filmed kneeling on Mr Floyd for over nine minutes during Mr Floyd’s arrest last May.

Mr Chauvin is on trial for murder and has denied the charges against him.

The footage of Mr Chauvin, who is white, with his knee on African-American Mr Floyd’s neck sparked global protests against racism.

With the trial in its second week, jurors have now heard from more than 20 witnesses, including four police training experts on Tuesday. The trial is expected to last for at least one month.

As police officers are rarely convicted or charged at all for deaths that occur in custody, the verdict in this trial is being seen as an indication of how the US legal system will treat such cases in future.

Prosecutors are seeking to prove that Mr Chauvin’s actions violated his training and have focused their questions on police guidelines and strategies taught to help officers de-escalate situations.

No witnesses at the scene were arrested, and several of them have testified that they urged officers to check Mr Floyd’s pulse and provide him with medical care.

Speaking at a group prayer session outside the heavily fortified courthouse on Tuesday, Mr Floyd’s brother Philonise Floyd, said “after we get the verdict and we get this conviction, we’ll be able to breathe”. 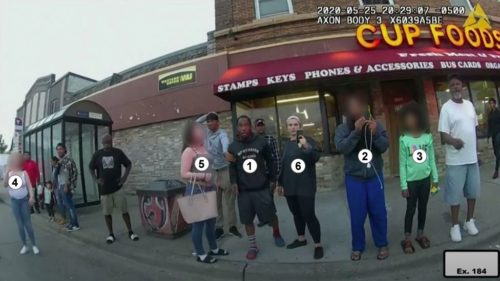 What did the training experts say?

Minneapolis Police Department (MPD) training coordinator Mr Mercil told the court that officers are taught to use force in proportion to a suspect’s level of resistance and it was “very important to be careful with the person”.

“We tell officers to stay away from the neck when possible,” he said, adding that officers are told to place body weight on a suspect’s shoulders when reasonable.

Mr Mercil testified that based on the training that officers receive, Mr Chauvin should only have used that manner of neck restraint if there was “active aggression” involved.

He said that Mr Floyd had no ability to resist or show aggression once he was face down on the ground.

Mr Mercil told the court that Mr Chauvin should have recognised that it was “time to de-escalate the [level of] force” once Mr Floyd fell unconscious, and that Mr Floyd should have been moved into a different position to avoid asphyxiation.

Earlier in the day, Sgt Ker Yang, a crisis intervention training coordinator, confirmed that Mr Chauvin had completed the department’s 40-hour practical training course and his “ultimate goal” should have been to assess Mr Floyd’s medical condition during his arrest.

Prosecutors have suggested that asphyxiation was the cause of Mr Floyd’s death – contrasting with the ruling of the medical examiner who said Mr Floyd died of “cardiopulmonary arrest”, which means a person’s heart and lungs have stopped.

Mr Chauvin’s defence team has contended that alleged drug use and an underlying heart condition contributed to Mr Floyd’s death.

Sgt Jody Stiger, a use of force expert for the Los Angeles Police Department, testified that officers were initially justified in their actions because Mr Floyd was “actively resisting” arrest as he was being placed in the patrol car.

“However, once he was placed in the prone position on the ground, he slowly ceased his resistance and at that point the officers – ex-officers I should say – they should have slowed down or stopped their force as well,” he testified.

Nicole Mackenzie, a Minneapolis police officer who trains officers on medical first aid, agreed with Mr Chauvin’s defence, saying that “if the environment was determined to be not safe, you may not start [CPR] right away”.

Prosecutors and fellow officers have criticised Mr Chauvin and the other arresting officers for not providing Mr Floyd with medical assistance before ambulances arrived.

When prosecutors questioned Johnny Mercil, one of several officers who have been called to the stand, on Tuesday, they asked about the way that officers are taught to use force on suspects during an arrest, and the practice of “neck restraints”.

The use of force, as it is known, lies at the heart of the prosecutors’ strategy. They are trying to show that Mr Chauvin broke rules, and was a rogue officer.

One of their key witnesses, police chief Medaria Arradondo, testified on Monday that Mr Chauvin violated policies regarding the use of force.

Mr Chauvin’s lawyer Eric Nelson has fought against that notion by emphasising that officers have to consider different factors while using force, such as potential threats from a nearby crowd.

Mr Nelson granted that, occasionally, an officer might “look bad” while restraining a suspect, but the officer could still be following the law, and the policies, on the use of force.

Mr Nelson’s main argument – that Mr Floyd died largely because of alleged drug usage and a weak heart, not because of the way Mr Chauvin treated him – will be ramped up in the coming days, as medical evidence about his death is presented.

Before testimony began, lawyers argued over whether a man who was with Mr Floyd at Cup Foods on the day of his death should be forced to speak during the trial.

Morries Hall and his lawyer appeared in court via video link to say that he would refuse to testify, in order to avoid possibly recriminating himself in Mr Floyd’s death with details on illicit drug use.

The judge said he would push the decision until next week, and asked Mr Chauvin’s defence lawyer to prepare a list of possible questions for Mr Hall.