Born on December 4, 1987 Prince Fiifi Cudjoe, blogger and publicist has for several years been a strong force in Ghana’s entertainment industry. As a self employed content manager he has continued to stay relevant ever since online media took a centre stage in the country.
Fiifi Adinkra, as he popularly responds to, hails from Ajumako Bisease, in the Central Region of Ghana and raised in Effia-Kuma, Takoradi.
He was born into a happy family of three, to Mr. Matthew Ernest Cudjoe, a former national team footballer of Ghana’s national team and Joyce Mavis Addai who is a businesswoman.
Although a family man who is happily married to Rhoda Agyemang Cudjoe with two kids; Kelvin Fiifi Cudjoe & Ireana Efua Cudjoe, he well connects a busy profession with a personal life in a way that is admirable .
He currently is the founder of the most popular showbiz online hub in Ghana, GhanaNdwom.com and CEO of the Adinkra Metrix Multimedia LTD, a media agency that has chalked appreciable successes since 2014.
Having completed Basic Education at Nav West Basic School, Takoradi in 2003 he enrolled for his high school education at St. John’s School at Sekondi and later transfered to Takoradi Secondary School (now Takoradi High School – Tadisco) where he completed in 2006 studying Business. He then proceeded to study Financial Accountancy at the Takoradi Polytechnic, graduating with a Higher National Diploma in 2011.
As a prolific, top notch web and content management personality he has been associated with big brands on the Ghanaian landscape including award-winning acts; Stonebwoy, Bisa Kdei, Gasmilla, Okyeame Kwame, Legendary Rechordz, Chase among others.
As a highly skilled publicist with close to a decade of experience supporting entertainers, brands and establishments with the best of digital marketing, promotions and online services and
aiming to utilize his stong prioritization skills and analytical ability to achieve the goals of your establishment.
WORK HISTORY
DECEMBER 2017 – CURRENT
ROAD MANAGER
SHOCK ENTERTAINMENT.
As the road manager for multiple award winning, Ayesem, he supervise and organise all activities of the artiste focused of high earnings and the best achievements.
SEPTEMBER 2017 – CURRENT
ARTISTE MANAGER
B.MAX ENTERTAINMENT.
He work as an artiste manager, managing Afropop singer, Pauli-B signed to multi-national record label – B.Max Entertainment. Creating the next Nicki.
NOVEMBER 2011 – CURRENT
CEO
ADINKRA METRIX MULTIMEDIA LTD.
They provide the best of digital marketing servies, branding, and communication services through innovations.
EDUCATION
2008 – 2011
HIGHER NATIONAL DIPLOMA – ACCOUNTANCY
TAKORADI TECHNICAL UNIVERSITY
2003 – 2006
BUSINESS
TAKORADI SECONDARY SCHOOL
He has got nominations and won honours for himself and multimedia in recognition of his efforts. 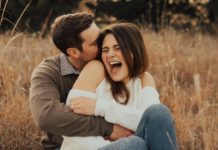 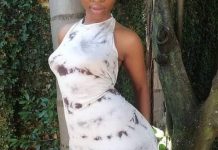