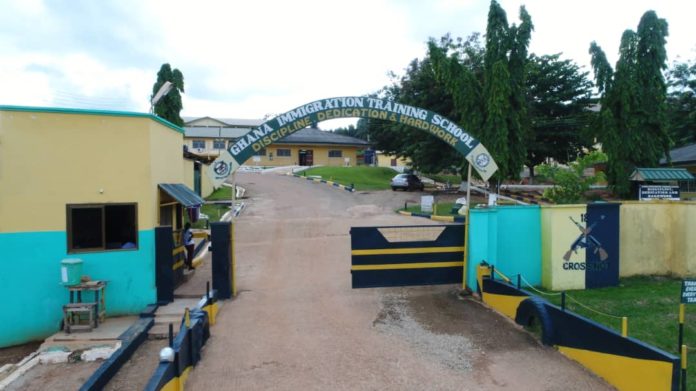 Officers and men, as well as auxiliary employees, have been honoured for their tireless efforts and steadfast dedication to the Immigration Service Academy Training School in 38 distinct categories.

The award ceremony, which was chaired by the Commandant, Asst. Commissioner of Immigration, Alex Adu was organized on the premises of the Immigration Service Academy at Assin Fosu in the Central Region.

It was divided into four distinct fields with three of the awards going to auxiliary and other ranks who had served at the Service’s training school, while the final award went to outstanding senior officers.

The event was attended by notable figures from sister agencies such as the Police Divisional Command, the Ghana Fire Service, and the Ghana Ambulance Service. Other prominent representationsat the award event were form the SSNIT, Assin Central Municipal Assembly, The Clergy, and the local banks.

In a speech to congratulate the award winners, Alex Adu emphasized the importance of hard work at all times and mentoring young officers to set high standards in immigration services saying, “I congratulate all of the award winners on becoming the first to receive this inaugural award ceremony. Your efforts have been acknowledged and to all officers and men, your unwavering dedication to duty throughout the Corona Virus outbreak is inspiring as well as a visible display of team spirit. I am honored to work with such a formidable team. “

Speaking to the press, Public Affairs Officer of Training School, ASI. Rolland Abdul-Azizz described the many benefits the Commandant and the Commanding officer have been doing to support hardworking staff.

He said that this was a unique way the Heads of the Service’s training school have continually done to push their troops to deliver regardless of any challenges.

“The two heads recognizes hard work and sometimes even tends to the personal issues of their staff, however this honor is the greatest the school has bestowed in decades and will undoubtedly not be the last, especially from ACI. Alex Adu and C/Supt. Kwabena Addai Koduah.” 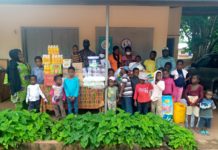 Strongman Is Focus, He Can Make It Without Me – Sarkodie

White woman breaks down in tears after she got scammed [Video]