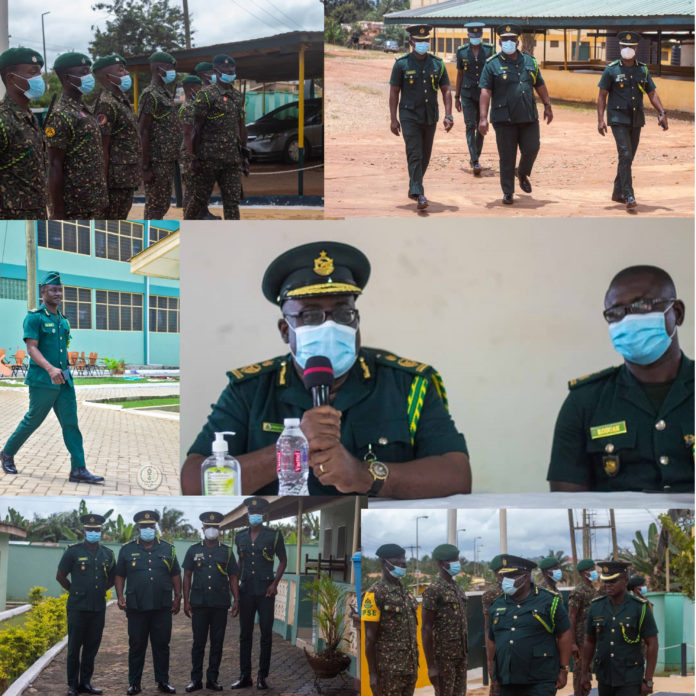 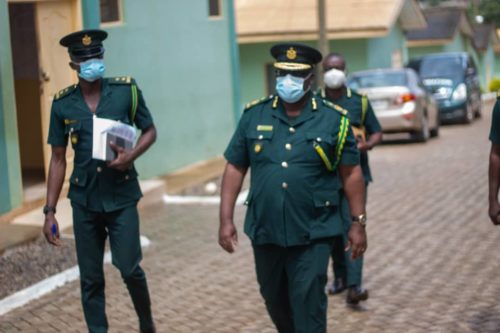 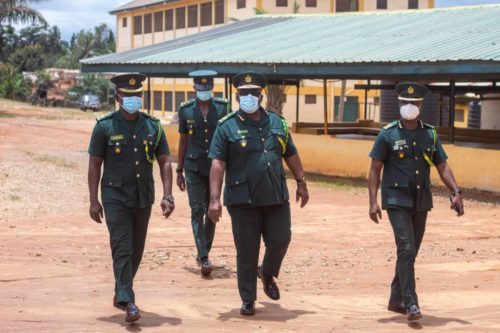 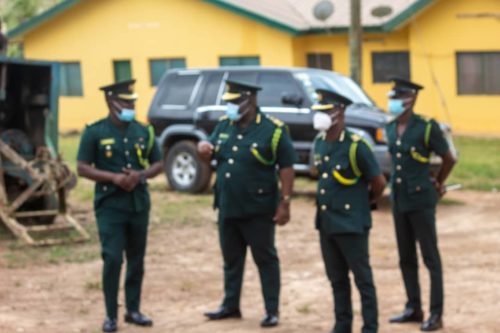 As part of his working visit to some GIS installations under his control, Mr. Owusu Mensah, the Deputy Comptroller General in charge of Finance and Administration, paid his maiden visit to the Immigration Service Academy and Training School (ISATS). The purpose of the visit was to get to know the men and have them recognize him as the new DCG whiles inspecting the facilities prior to incoming training.

The DCG was reviewed to a regimental quarter-guard led by Asst. Insp. Frank Bucknor, including the Commandant, Asst. Commissioner (ACI.) ALEX ADU, and the Commanding Officer, C/Supt. Kwabena Addai Koduah. He then garnered first-hand knowledge about the current status of the facilities and briefly observed lessons on the drill square, recalling his days as a trainee. He also visited a number of Unit offices and expressed his respect for the work that the Unit heads have been doing. 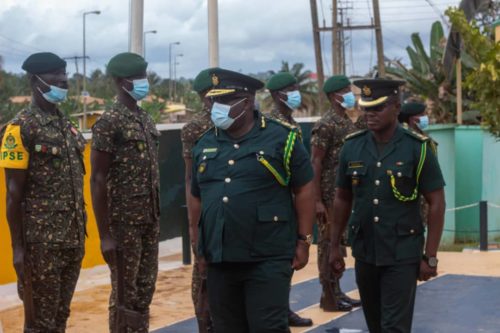 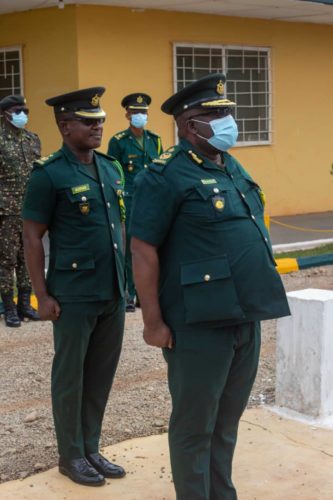 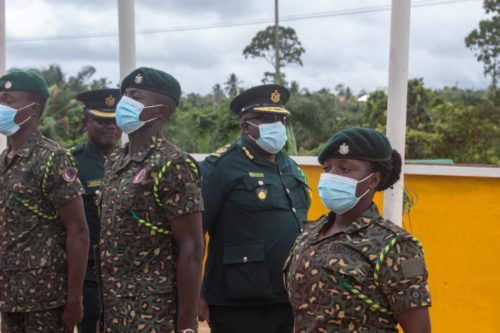 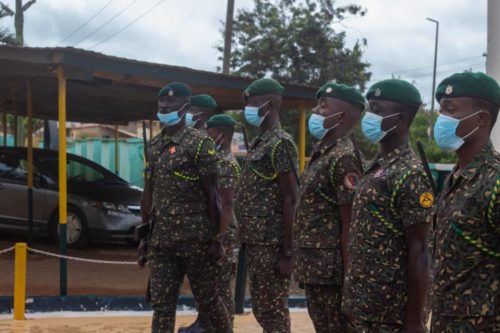 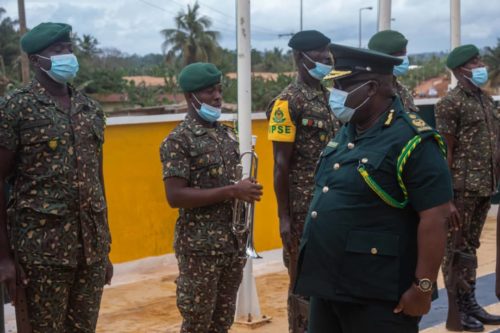 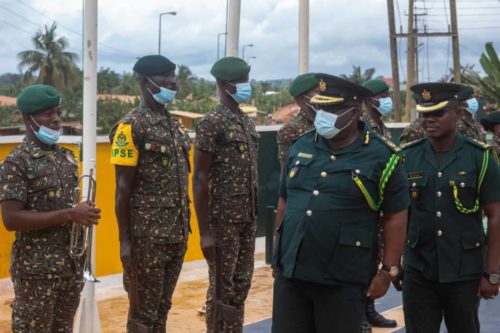 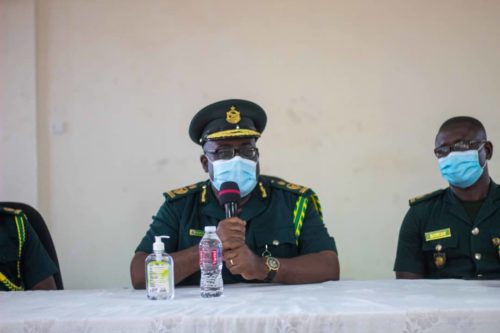 “I have seen the finest quarter guards, tutors, and staff all led by the best team all in one place. I recall my days as a trainee with fondness. Many times when I visit installations, I struggle to find a clone of every department, but here in ISATS, I have seen a complete replica in almost every department in Headquarters. Given the thousands of raw civilians you train each session, it comes as no surprise that the best team is always assigned to this Command. To improve the quality of the Command’s personnel, I wholeheartedly support for advanced training in other areas of immigration for the men in the Command. It’s important to also note that at no point in time can the school be depleted, as a necessary consequence, I hope to begin proper discussions on how to address this and other challenges raised. I am going to give it my all in that regard.” As he met with staff within the Command. 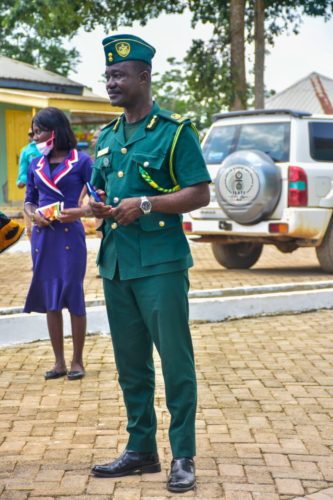 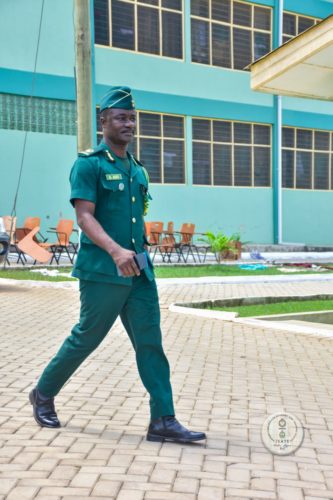 The Commandant’s highly motivated staff appreciated his presence and prayed for continued support to the Command, as it has always done. “I have always had solid support from the Finance & Admin office, and I know for a fact that this maiden visit is, as it has always been, a continuous support to the needs of the Command. ISATS is extremely grateful and would like to also officially congratulate you on your appointment to the DCG (F&A)”, were the words of the Commandant. Asst. Commissioner ALEX ADU 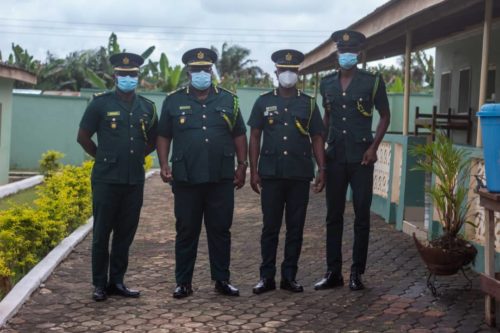 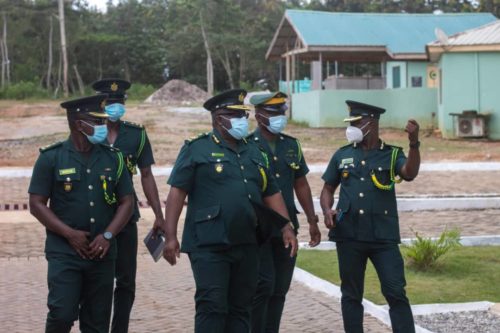 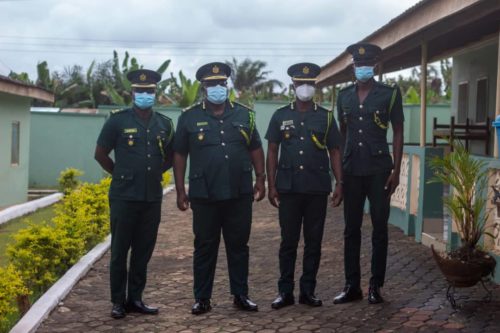 The DCG was escorted alongside his aide, ASI. Morrison. The visit went off without a hitch.