Home Entertainment Ghanaian Hit Song ‘You May Kiss The Bride’ By Bollie To Be... 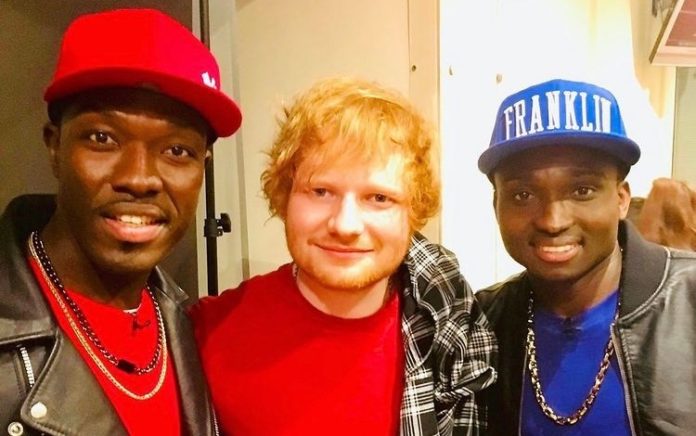 One of the most famous Ghanaian hit songs ‘You May Kiss The Bride’ Bollie is going to be remixed with Ed Sheeran.

The song was a one time hit, back in the days and till date it still causes commotion anytime it is played in the club and parties.

Since ‘You May Kiss The Bride’ much was not heard from Bollie till he partnered with Reggie Zippy and had their second breakthrough through a reality show in the UK.

Yesterday the group Reggie and Bollie announced the remix of the famous You May Kiss The Bride with Ed Sheeran.

A post made By Bollie read, “The secret is finally out of the bag, we’re extremely excited to be dropping a

Stonebwoy was never Proud of me – Kelvyn Boy

We Need Grace To Complete The Race – Abena Baduaa