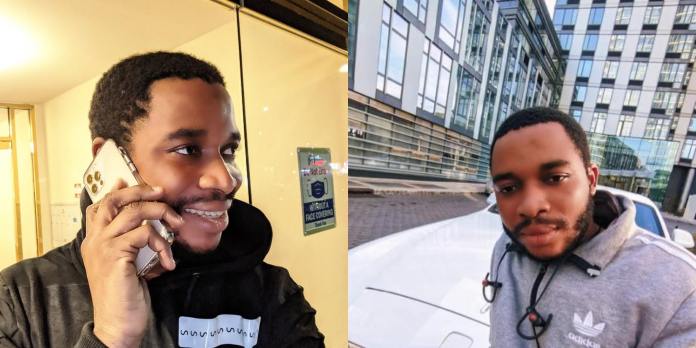 Twene Jonas has become well known for his commentary on socio-economic issues in Ghana.

The young man living in the US spends hours on social media insulting leaders as the root cause of our problems.

He has so far garnered hundreds of thousands of followers who are very loyal to his opinion.

However, a lot of others also do not like his modus operandi of using foul words on our leaders  and degrading Ghana to the whole world.

Nonetheless, the man Twene Jonas is trending on Twitter today.

You may ask why is he trending?

Well, he is receiving a lot of praises for what he has been doing so far.

One Twitter user said that even if he gets deported from the US, we’ll all contribute money and send him to the UK because of his good work.

Others also believe if all Ghanaians can be as honest as Twene Jonas is, in calling out corrupt and non-performing Government officials, Ghana would be a better place to be.

Check out screenshots of what people are saying below: 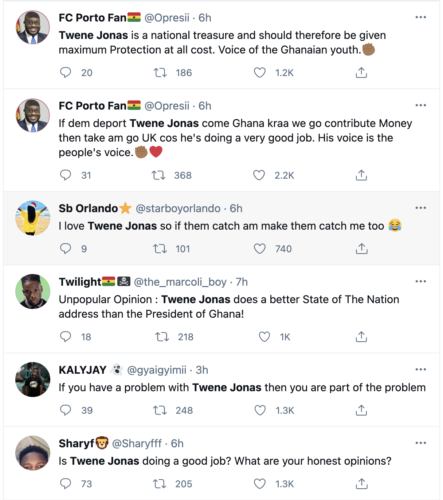 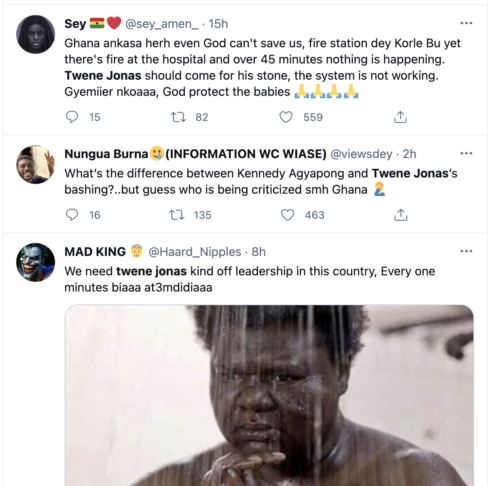 I can’t take the insults and abuse Ghanaians give to their players after they...