Home Sports Green Card in Football: See What it Means 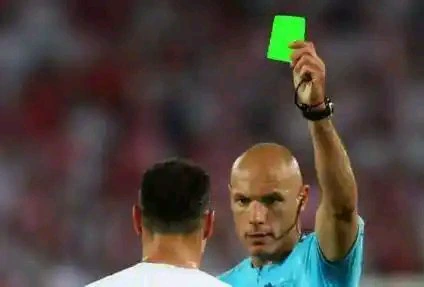 The green card truly exists in football, but it is not at all important like the two main cards that we all know about. The green card has two relatively well-known uses, at least for those who want to know or research about it, and this is because the green card is not used in tournaments that have a FIFA element in it.

If you have been a football fan for many years you might still never come across when a referee is giving out a green card to a player. So now let’s take some minutes to read and understand this post very well before commenting. Realistically, there is a green card in football, but there are selected football matches where it can only be shown to players.

It is used for fair-play, and it was introduced in Serie-B in Italy. When there is a demonstration of fair-play by a player or in a stadium or by a particular team, they will receive the green card. This was aimed at reducing controversies over the league and Italian football as a whole.

The first use of a green card in a soccer game is for disciplinary, the green card does not generally exist in football but it was used during the CONIFA World Cup for countries that are not covered by FIFA. 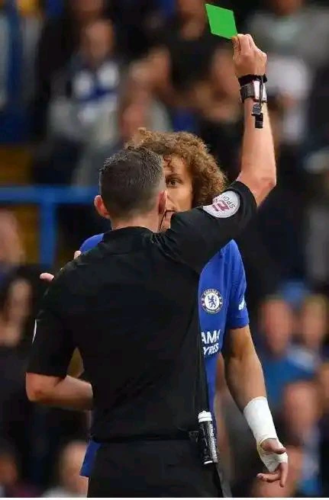 The famous yellow card and the red card are the cards being shown to players in tournaments, the green card must be replaced outside the field, that is if the team has not exhausted its substitutions.

Otherwise, the player will have to leave the field without anyone coming to pick him up, just like the effect of the red card only that he will be available for the next match.

Have you ever come across a green card in a football game before? let’s hear your opinion too

Ghanaian Hit Song ‘You May Kiss The Bride’ By Bollie To Be Remixed With...