Home Entertainment Heartbreaking! You won’t believe what Krymi has been through since you last... 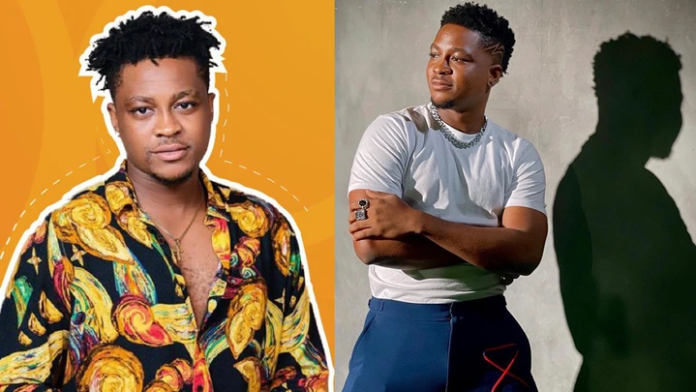 One of Ghana’s viral vocal sensations & Highly Spiritual signee, Krymi, has revealed reasons for his hiatus after his ‘Party Gbee’ hit single.

Speaking on the ‘Between Hours’ show on Asaase Radio on April 6, 2022, the hitmaker said his career submerged when a hard drive that had his songs crashed after a shoot in London.

“So, I went to Beatz Empire with whom I have about 30 songs to explain my predicament and I asked him to get ready so we work on my songs, but he also told me the hard drive with my songs had also crashed,” Krymi said.

Absorbing the news of his hard-earned work going down the drain, the artiste said he couldn’t comprehend the news so he took the hard drive to London to know if it could be saved but nothing could be done.

“It didn’t make any sense to me. I sent the hard drive to London to be checked and they said some elements were burnt but the board wasn’t burnt,” the “Party Gbee” hitmaker added.

Detailing the challenges he has faced since the beginning of the year which includes the death of his father, he added that he is working hard to overcome his struggles and making God a factor.

“This year I couldn’t do much. I had a lot of mishaps, I lost my dad and all of that and I had to be there for my family. I wasn’t able to bring much out last year, I only released ‘Party gbee’. My management and I are now making sure that we have a good backup for my music.

“So I spoke to God for answers. Don’t let the looks fool you, we are spiritual, I mean I started playing gigs in church, trust me I’m very spiritual,” he said.