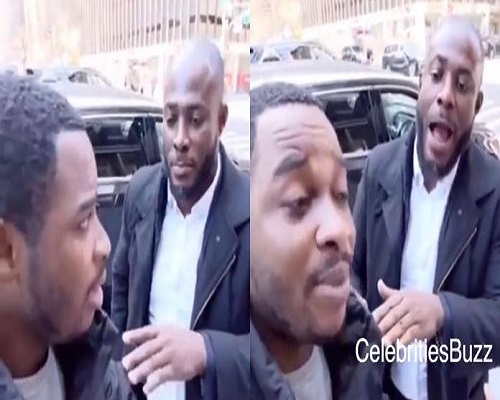 Frederick Kofi Ameyaw pleaded with Twene Jonas to limit the rate at which he attacks Ghanaian leaders but it served as a catalyst for Twene Jonas to fire more.

Twene told Ameyaw at the face that even President Nana Addo can never do anything to him because Ghana belongs to us all.

He also said Ameyaw would have threatened him if they were to be in Ghana but because they are in the US, the laws are protecting him.

Frederick Kofi Ameyaw smartly gave his card to Jonas and entreated him to keep in touch.

Twene has since been classified as a hero for putting the leaders of Ghana on their toes.

Watch the video below:

Dr Cryme – Shame On Me (Prod by Forqzy)