Home News I can’t take the insults and abuse Ghanaians give to their players... 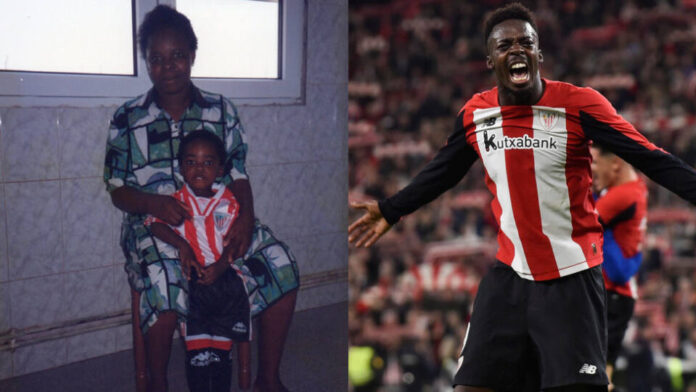 The Ghana Football Association have reportedly been trying to lure the attacker to feature for the Black Stars, an effort which has since proved futile.

Williams, 26, was born in Spain to a Ghanaian mother and a Liberian father hence eligible to represent both countries. However the player remains reluctant to swap his county of birth (Spain) for the two African countries.

Although he has already represent Spain at youth level and also featured an in international friendly for the senior side, he is yet to earn a chance to make any competitive appearance for the La Roja.

“I can’t take the insults and abuse Ghanaians give to their players after failed tournaments and games. It’s too much that parents of their players receive their own share of insults and abuses especially their mothers. Asamoah Gyan’s mum is a typical example,” Madam Akua Antwiwaa told Sunyani-based Moonlite FM.

Meanwhile Miss Antwiwaa revealed her desire to help convince his son to represent Ghana should the FA make their intentions clear.

“If the Ghana Football Association approaches me to help them, I will, despite the insults and abuse because Inaki recognises Ghana as his home country”, she said.