Home Entertainment Lady tells her story of how she took revenge after her ex-boyfriend... 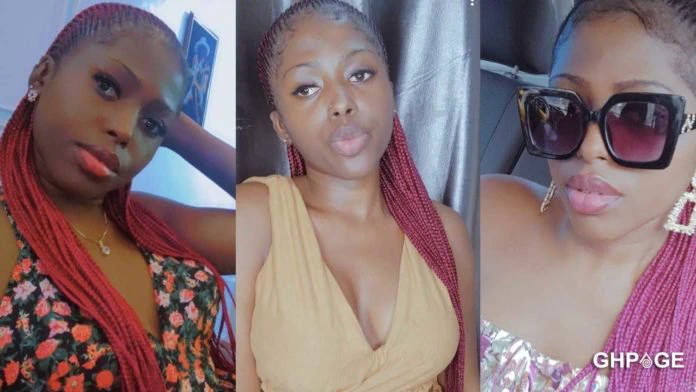 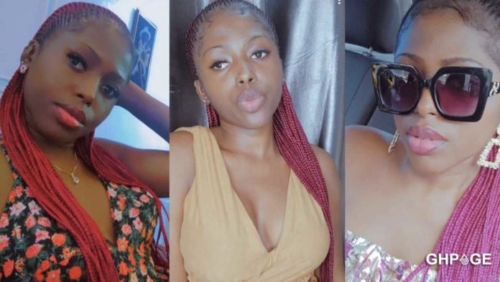 The story of marital abuse that led to the death of Nigerian musician Osinachi seems to have opened doors for ladies to speak about in their abusive marriages and relationships.

A Twitter user with the handle Tolani has come out to tell her story of how she took revenge on her boyfriend who slapped her over a trivial matter.

According to her, they had a little misunderstanding and before she realized it, her then-boyfriend gave her a dirty slap.

She continued that it pained her very much to the extent that she didn’t want to let go and allow him to go away with it freely.

Tolani added that when she was planning to leave the house of her boyfriend, she saw old slippers lying down which she took and hit him at the back of his neck before running out of his house and that was the end. 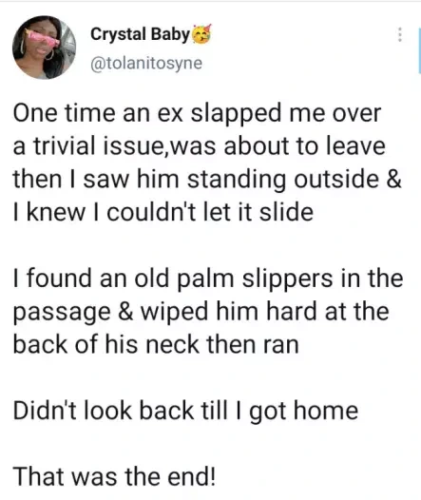