Home Entertainment May It Never Be Well With You And Your Generations For Lying... 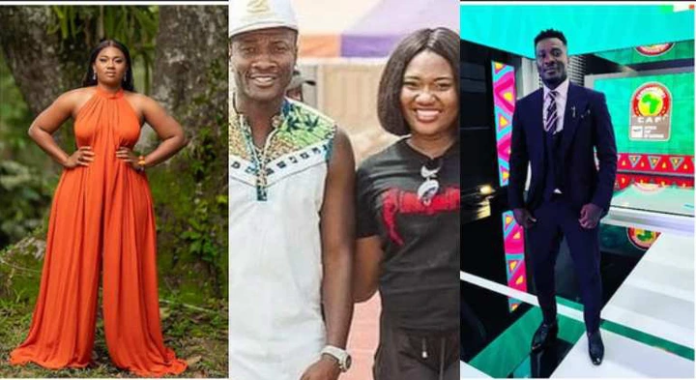 Abena Korkor has reacted with anger to Asamoah Gyan’s audio tape which disclosed how he sacked her out of his car for trying to seduce him.

Ghanaian footballer Asamoah Gyan cleared the air about his alleged relationship with Abena Korkor yesterday by calling Abena Korkor out in a viral video.

The video captured Asamoah Gyan clearing his name that he had nothing to do with Abena Korkor and even drove her out of his car some time ago when she tried to force herself on him.

His statement comes after Abena Korkor made an earlier claim that Asamoah Gyan had his way with her in the past.

Abena Korkor, in a fierce rebuttal, has called Asamoah Gyan a liar and rained generational curses on the footballer for denying what happened.

According to the bipolar patient, Asamoah Gyan had always wanted to have his way with her and has tried constantly to invite her to his mansion.

“You forget how many times you me to come to your little mansion. You will have daughters that men will repeat your actions on. Keep on blowing your trumpet. God will judge us all. Whatever you said about me was true, I will consciously learn from my mistakes,’ Abena Korkor tweeted.

Abena Korkor swore on her life that the former Sunderland player will surfer for the rest of his life for denying the truth and preaching a lie to look good in the sight of man.

Although she admitted Asamoah Gyan drove her out of his car, Abena Korkor said she only sat in his car because her feet were hurting and not to throw herself at him.

Not only did Abena Korkor curse Asamoah Gyan for allegedly lying but placed a generational curse on his family saying karma will catch up with him and men will have their way with his daughters just like what he does. 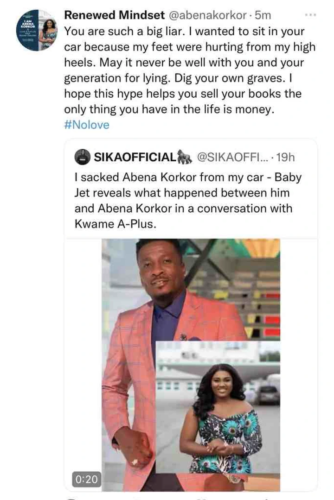 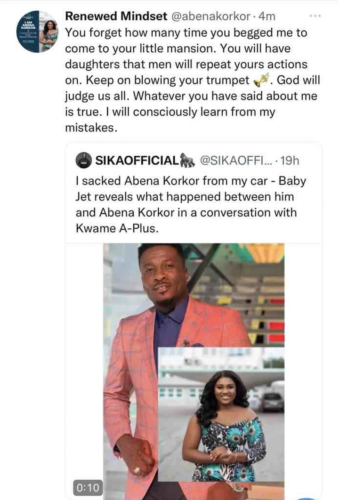