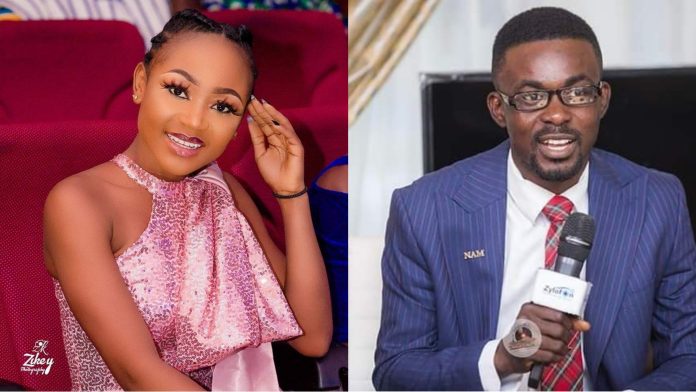 Chief Executive Officer(CEO) of defunct Menzgold, Nana Appiah Mensah well known as NAM1 has finally replied critics on social media who were comparing his ‘criminalities’ to that of actress Akuapem Poloo.

One of the assertions that made NAM1 reacts is that of former tv3 staff, Bridget Otoo.

According to her, Akuapem Poloo has been convicted and on the verge of being sentenced to prison for sharing an unacceptable photo with her son some months ago while NAM1 whose actions and inactions have rendered many Ghanaians bankrupt is still walking free and making posts on social media.

“NAM1 is still free and doing Instagram post. A man described by the state as a scammer. A man whose actions has killed people, rendered thousands jobless and some are at the point of suicide!

Reacting to her comment, NAM1 threw some shots at Ghanaians and urged critics to stop misleading the public because he was even acquitted and discharged in a foreign country and besides he pleaded ‘not guilty’ when he was in court.

“Stop Misleading the public. Even on a foreign land i was acquitted and discharged, a decision that was affirmed by the Appeals Court and the Supreme Court. FYI: my granny wasn’t the presiding judge. Back home, I pleaded NOT GUILTY and I’m having my day in Court.” 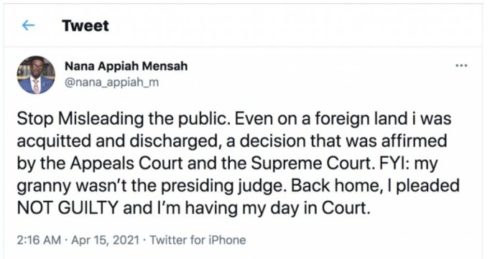 Pastor Apraku’s Daughter speaks on how he died [WATCH VIDEO]

5 Solid Reasons Why You Are Not Enjoying S€x