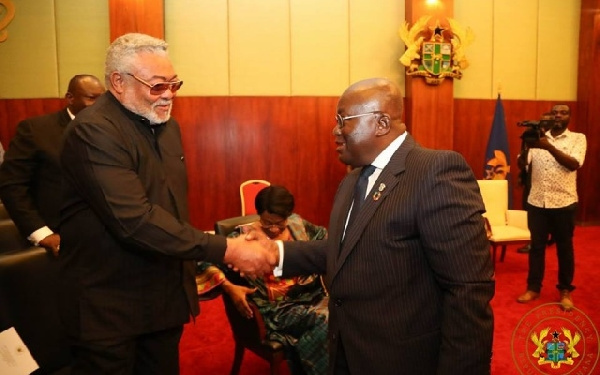 President Nana Akufo-Addo has stated that although the late former president, Jerry John Rawlings, when alive rejected an offer to have the UDS named after him on grounds that as a principle, he did not want to have any national monument named after him, it has now been decided that the honour befits him.

The president said that two days after the death of the former president, a consensus was arrived at the University for Development Studies (UDS) that his memory should be immortalized by the renaming of the school after him.

This, he added, was communicated to the late president’s family, who found favour with the request, and for which he is grateful to them.

“While he was with us, he respectfully declined an offer I made to him in 2017 to have the University for Development Studies named after him. His reason was that, in adhering to a long-standing principle, he did not want to have any national monument or facility, named after him.

“Two days after his passing, at the 21st Congregation of UDS, it was agreed the honour be accorded him. I am glad, that this has found favour with his family, and the necessary formalities will be carried out to achieve this,” he explained.

President Nana Addo Dankwa Akufo-Addo was addressing guests and the family of the late president during the funeral service in the latter’s honour at the Black Star Square in Accra.

President Jerry John Rawlings used his World Food Prize money of $50,000 to establish the university, making it the fifth public university to be established in Ghana.

He died on November 12, 2020, at the Korle Bu Teaching Hospital in Accra after a short illness. He is survived by a wife and four children.