According to reports, he died Wednesday evening at the Korle Bu Teaching Hospital after a short ailment.

Until his death, Sir John was the Chief Executive Officer of the Forestry Commission.

He died after testing positive for coronavirus (Covid-19).

Sir John reportedly succumbed to complications of the disease while undergoing treatment at the ICU of the Korle Bu Teaching Hospital.

Strongman Is Focus, He Can Make It Without Me – Sarkodie 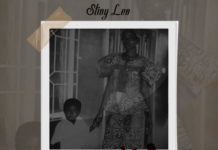