Home Entertainment Ofori Amponsah will return to the altar to complete his calling –... 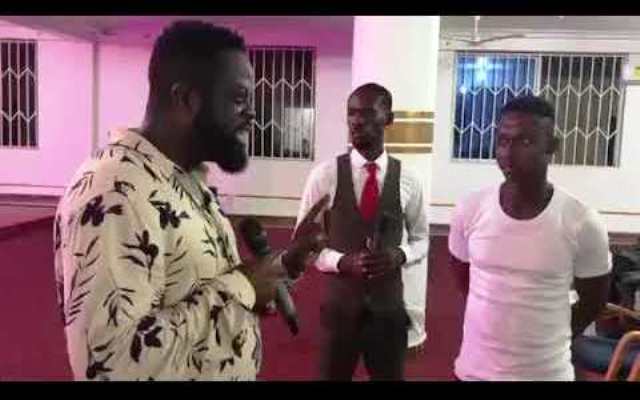 Former hiplife artiste Lazy Dogg, who is now Pastor Joel Agyemang Duah, has said that Ofori Amponsah will eventually make a comeback and continue from where he left off because he has not finished with his ordained assignment.

In an interview with Tony Best on Akoma FM’s Kwantenpong Drive on Thursday, March 18, the veteran musician, who was also a member of one of the very first hiplife musical groups in the late 90s, ANCESTEZ, said that a lot of his colleagues’ lives have been touched and they are doing the work of the Lord and believes Ofori Amponsah is one person who will get back to the altar pretty soon.

“The Bible says the righteous will fall seven times and rise seven times. Falling as a believer is part of the Christian journey and I believe, Ofori will get up strong and continue from where he left off as pastor,“ Ps. Agyemang Duah had said.

It’s Cray And It Has Over Me And My Boys – Black Sheriff After...

Celebrity Profile Kobby Rych - July 22, 2021
0
He said; “It’s crazy and it has been over me and my boys all. We were building a wild discography waiting for our blow up”. He further talked about his plans to drop an EP soon. However, Black Sherif’s ‘Second Sermon’ video has surpassed one million views on YouTube.

Stonebwoy’s first message to Shatta Wale after their fight