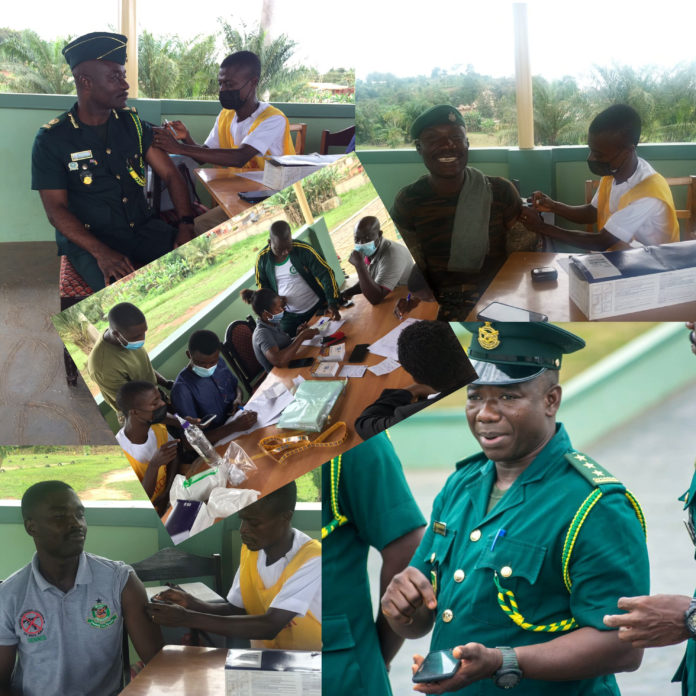 In preparation for the upcoming training, the Immigration Service Academy and Training School (ISATS) successfully completed injection of the COVID 19 vaccination with the assistance of the Assin Municipal Health Directorate.

The Municipal Health Directorate, paid a visit to the ISATS to vaccinate the Command’s men and personnel. This was made necessary by the completion of the first dose in April of this year.

Deputy. Supt. BENJAMIN ADAKUDUGU, the Command’s head of medics, warmly welcomed the team and provided them with all necessary materials, as well as officer presence for the session. He admitted that the men in the Command understood the doctrine of NO PAIN, NO GAIN better than anyone else, although he was quick to spot out that; “The Pain of the syringe is nothing compared to the Gain of immunity against the COVID 19 virus.”

No Pain No Gain is embedded like hemoglobin in our blood, which is why we rarely receive minor aches when you check our records here at the Command’s physicians. Nevertheless I believe that Covid19 does not have to wait for major or minor pain, looking at what we recorded worldwide, but rather that everyone should take the jab for stronger antibodies”; were the words of Dep. Supt. Benjamin Adakudugu.

Leading by example, the heads of both schools; the Academy’s Commandant (Asst. Commis. ALEX ADU) and the Training School’s Commanding Officer (C/Supt. KWABENA ADDAI KODUAH) were among the first to take their jab.

The Commandant expressed regret for the delay in delivering the two doses, referencing the two-week period following the first dose. He swiftly admitted that delay is not denial, thereby implying that procedures could not have been circumvented. He also prayed trainees who received the first jab whiles in camp would make a concerted effort to receive the final jab whiles at their respective regional Commands to which they had been assigned.

Given the large number of new recruits expected to arrive from various regions, he couldn’t help but emphasize the importance of the jab to the men within the Command.

“I applaud the Comptroller General Kwame Asuah Tekyi for intervening in this vaccination at the right time. I admit that the vaccination has taken longer than the initial two weeks, but as government officials, procedures cannot be rushed, so I understand the delay. Delay is not the same as denial. While the national death toll has not decreased, God has been faithful to us. To trainees, now uniformed men, who received the first jab while in training, make an effort to be a part of the second dose in whichever region you have been assigned to serve.

“To the men of this Command, you need it now more than ever because you are about to interact with a large number of trainees from various backgrounds who will be arriving soon. As a leader, you must strengthen your immunity more than your students. The best can be imparted only through you. I am particularly grateful to the medical team from the Municipal Health Directorate who came,” said the Commandant. ACI. ALEX ADU,

This is one of the many proactive measures implemented by the Comptroller General to boost the performance of ISATS and, by extension, the Ghana Immigration Service. 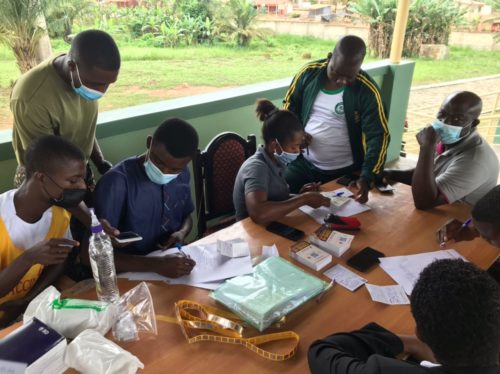 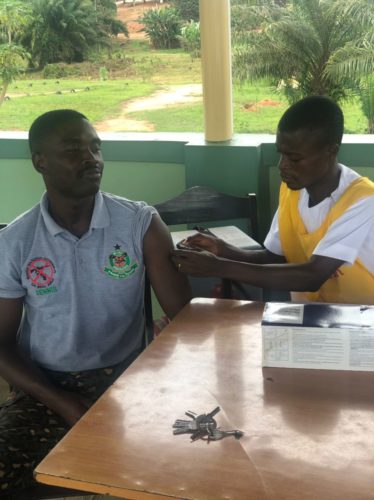 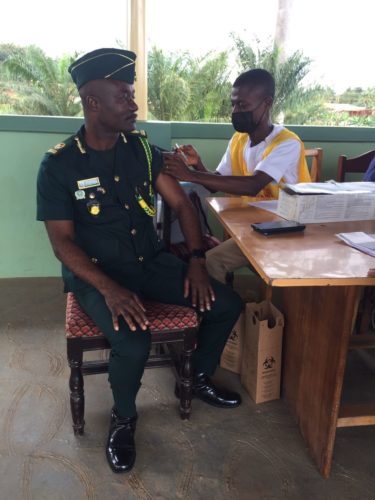 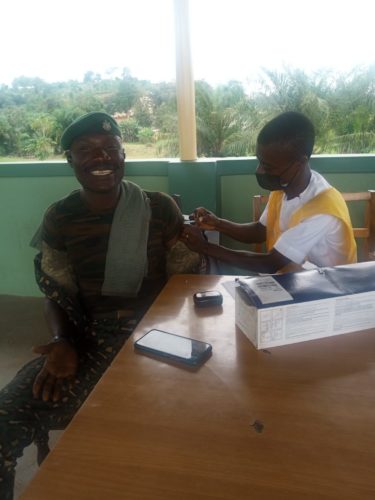