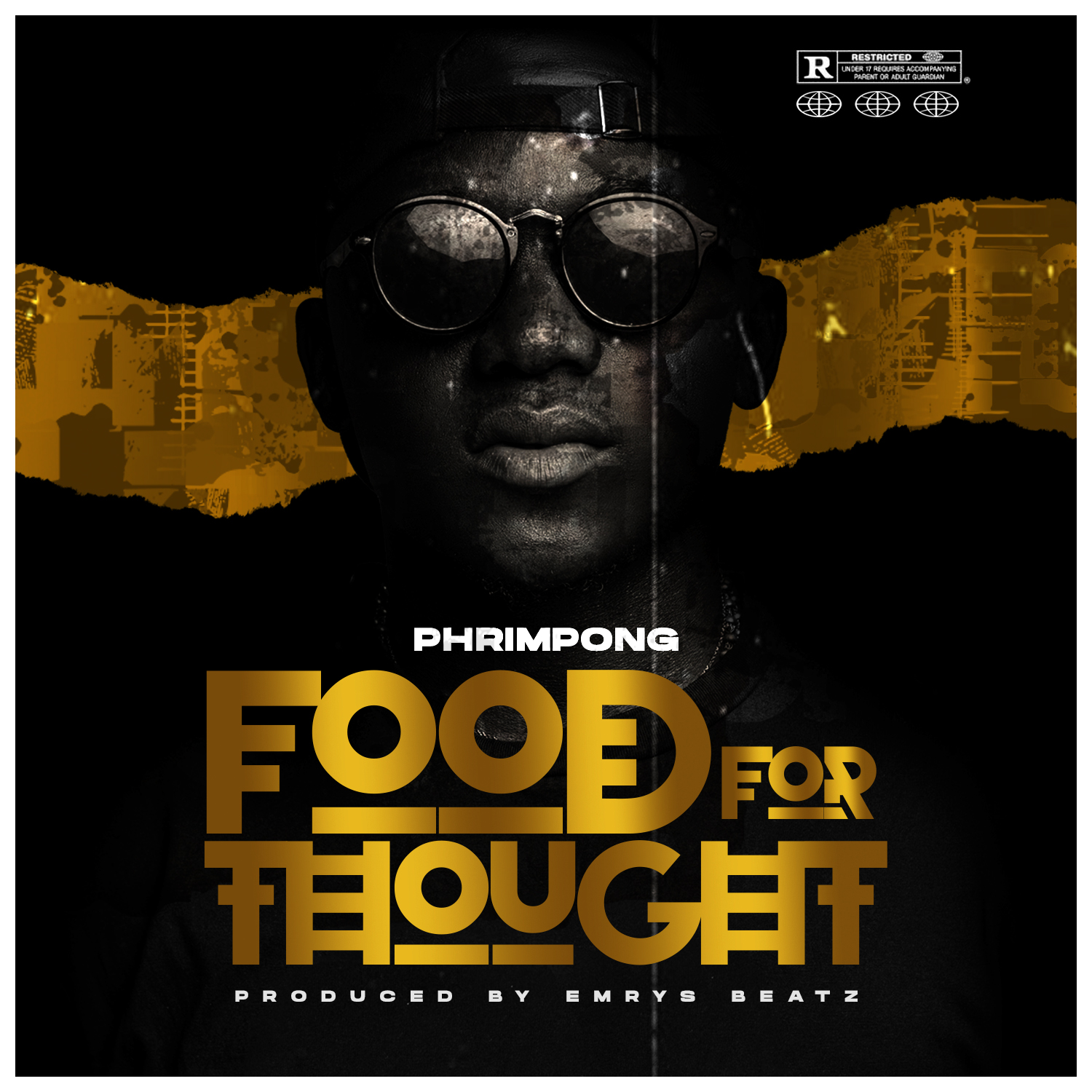 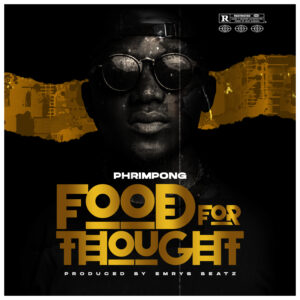 Phrimpong seems to be on some rap steroids with back to back unquenched bars. Going in unapologetically this time is “Food for Thought”.
The hiphop single is basically centred on a self-glorifying theme, unveiling the attributes of what Phrimpong stands for when rap is mentioned.
In “Food for Thought”, Phrimpong touts his pen game, pan Africanism hiphop style, content reign, unscathed persistent and stamina, and other overling characteristics in a three minute rap delicacy.
Phrimpong is cleverly switching the lanes to equally serve the ends of his fanbase; the rap addicts, party starters and the recent addition, vocal flowing enthusiast.
The energetic rap song was recorded on Emrys Beatz produced interplay of sounds for Phrimpong in scoring another goal for the culture.