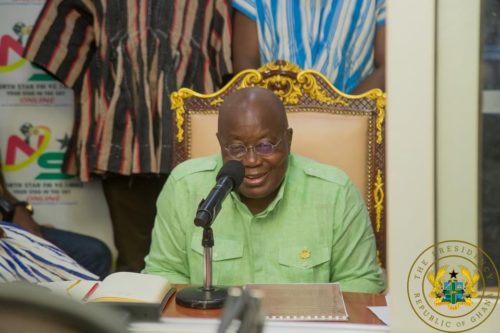 “If we are going to prevent any implantation of terrorist activity in Ghana, you cannot do it all by yourself. You need the cooperation of the civilian population. So that
has to be an important part of your thinking and planning,” he said.

He said the government, on its part, was considering implementing social interventions at the border communities to win the hearts of the people against
being susceptible to influence by violent extremists.

The President said this in Wa when he interacted with personnel of the security agencies in the Upper West Region as part of his working visit to the region.

He was in the region, to among other things, inspect progress of work on ongoing projects, commission completed projects, and to cut sod for the commencement of new projects in the region.

President Akufo-Addo also called for synergy between the security agencies in the discharge of their duties to achieve maximum results.

“We the civilian community have the luxury to be able to shut both eyes for a few hours every day, you don’t have the luxury even when you sleep one eye has to be
opened because of the nature of your work.

“You must know the sacrifice you should have to make to be able to wear the uniform. The supreme sacrifice must always be before you and you have to put your life in the line of danger to protect others”, the President said.

He explained that the country was threatened by the activities of violent extremist groups in neighboring countries such as Burkina Faso and urged for the security agencies to double their efforts in safeguarding the country’s borders, especially in the
northern part of the country.

“If we don’t have security, peace, and stability in our country there is nothing that we can do meaningfully.

“You are here on the borders with Burkina Faso and you know what is happening in that country and how virtually the governmental system and the development
of the country have been brought to a halt by the activities of the terrorist groups that are in the Sahel and pushing towards the south”, President Akufo-Addo
observed.

The president gave the assurance that the government would do everything humanly possible to provide the needed logistical, human resources, and appropriate
policy support to the security agencies to enable them put up their best services.

He said the government was committed to enhancing the capacities of the country’s security systems to prevent the spillage of terrorist activities into the country.

He explained that as part of conscious efforts to strengthen border security, the government was establishing Forward Operating Bases (FOB) in the north with three FOBs being established in the Upper West Region at Hamile, Jirapa, and Tumu, adding that the government was considering a request to extend the FOBs to Gwollu and Wechaiu. 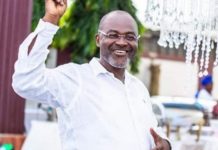 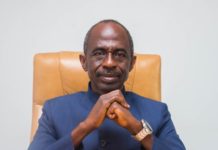