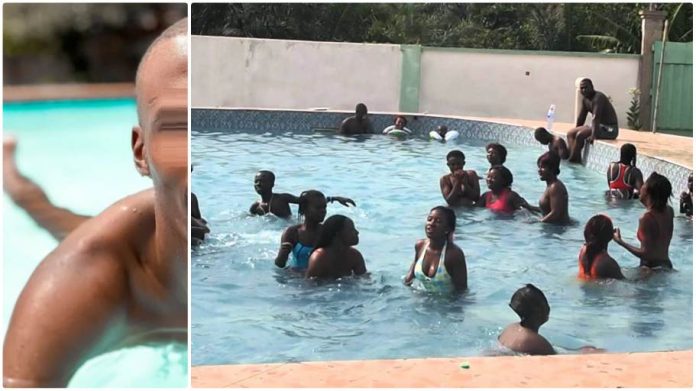 Primary school teachers in Makueni County who had taken pupils on a tour were busted fondling their female pupils in a swimming pool.

Mr. Joseph Nduva Wambua and his counterpart Mike Kioko who all teach at Step Up Zion Academy Nthongoni in Makueni Mtito Andei were busted by a concerned female client at the scene.

Sleuths from the Directorate of Criminal Investigations DCI, in their official report, confirmed that the indecent act happened when the school had organized and taken all 32 class eight pupils for a tour to Tsavo Inn Hotel in Mtindo Andei.

In their company were two male teachers who had been entrusted with the kids only to turn into dangerous Hyenas.

Detectives learnt that the school had organized a tour for its 32 KCPE candidates to Tsavo Inn Hotel located in Mtito Andei, entrusting a few teachers with their>>>

A customer at the establishment noted that the teachers were fondling two 13-year-old girls “in the false cover of the clear swimming pool.”

She called DCI who “rushed to the scene just as the two teachers were scampering into escape routes.”

Patapaa And His Oversize ‘Camboo’ Hits The Internet (+ Photo)