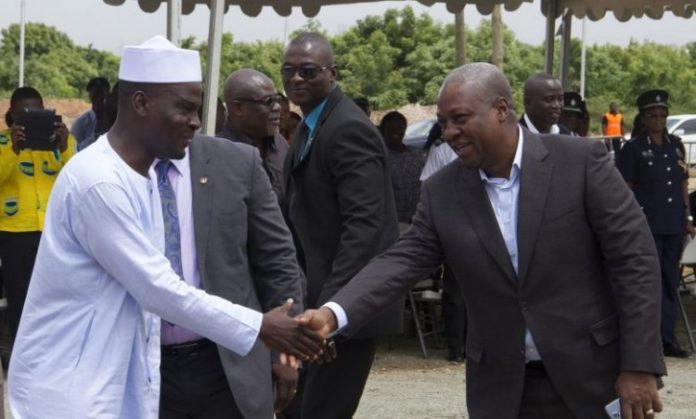 The opposition NDC has been advised to replace former President Mahama with present majority leader, Haruna Iddrisu as its flagbearer in 2024.

According to the a member of the NPP, Nana Ansah Obofour,  the Tamale South legislator  stands a better chance than former president Mahama who is still contemplating to run again.

His comments comes after the Economist Intelligence Unit (EIU) projected victory for opposition NDC in the 2024 elections even though the polls are years away.

“The next parliamentary and presidential elections are due in 2024. Under the constitutionally mandated term limits, Mr Akufo-Addo cannot run for a third term. Mr Mahama is reportedly considering whether to run again, but we expect the NDC to seek to revitalise its prospects with a fresh candidate.

“After two terms of NPP government, we expect the NDC to win the 2024 presidential election and to gain a small majority in parliament,” the latest report of the firm obtained said.

Reacting to this on Accra based Happy FM, Obofour said the Tamale South MP is a strong candidate and best equipped to replace Mr Mahama.

“Haruna Iddrisu will do far better than Mahama. I learnt Mahama is even afraid of him joining the race. It will be better if the NDC replace Mahama with him.

Meanwhile MP for Builsa South, Dr. Clement Apaak has said the NDC are likely to lose the 2024 general elections if they present another candidate aside John Dramani Mahama.

He said the governing New Patriotic Party (NPP) stands to make history by breaking the 8-year ruling barrier if the opposition party makes a mistake of replacing the former president as its leader.