Home Entertainment Hot Gossip School Girl Who Beat Up Her Classmate Mercilessly And Tore Her Panties... 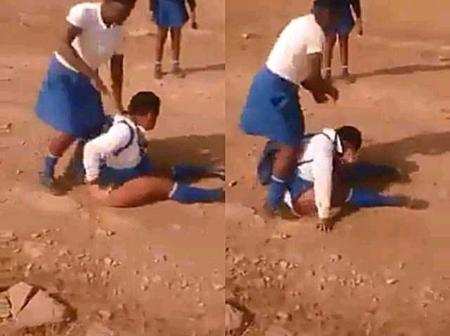 According to recent reports, a young girl who assaulted her classmate and publicly disgraced her has been sentenced to jail after she failed to appear in court.

You could recall in a video that went viral last year September how the 16-year-old student assaulted her classmate and publicly disgraced her.

After the incident, the family of the girl who was assaulted filed a case against her at a police station in Mahlabathini.

Since she was 16 years old, she was warned and released under the promised care of her mother. She was also charged with assault.

However, she was supposed to appear in court on the 23rd of February 2021 which she failed to show up.

The case was then adjourned to the 9th of March while inquiries were carried out on why she failed to show up in court.

She was pronounced guilty by the magistrate after she failed to give reasons why she didn’t appear in court, she was also sentenced to 3 months in prison.

Yung L – Get Up Ft. Reekado Banks (Prod. By Chopstix)