Home Entertainment “Separating a child from the mother just because of pictures taken is... 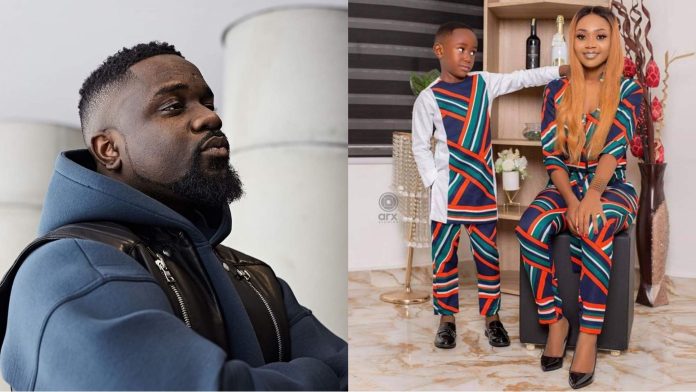 Ghanaian rapper Sarkodie has also joined groups fighting for the freedom of actress Akuapem Poloo after a court convicted her.

An Accra Circuit Court yesterday, April 14, 2021 convicted Akuapem Poloo and remanded her into police custody to undergo a pregnancy test before her sentencing on April 16.

This comes after the Ghanaian actress changed her plea from “not guilty” to “guilty” to all the three charges leveled against her in the case which the court started hearing last year.

Rosemond Brown aka Akuapem Poloo is in court after sharing a nude photo with her seven-year-old son on social media some months ago.

Sarkodie reacting to her conviction said he thinks it’s a bit harsh to jailed and separate the mother of one from her son just because of photos taken and shared on social media. He added that he’ll want the law to pardon Akuapem Poloo.

“I think it’s a little harsh to separate a child from the mum just because of pictures taken … would want to plead with the law to pardon our sister #FreeAkuapemPoloo.”

Blessing Sunday (EddyB)- No one like You (Prod. By Marv C)