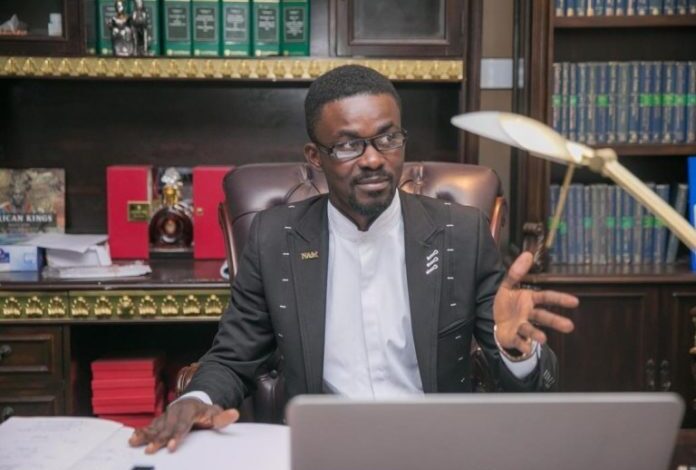 Nam 1 has asked Ghanaians on social media to stop linking him to the case involving actress Akuapem Poloo in court.

The CEO of the defunct Menzgold was trending on Twitter Wednesday after the actress was convicted in the misdemeanour charge by the Accra Circuit Court. She pleaded guilty to the offence.

The Tweets suggested the court was being high handed in what they perceive as a smaller crime. Some suggested the offence the actress is being punished for is incomparable to NAM 1 who is alleged to have defrauded Menzgold customers.

However, in a reaction to the social media uproar, the businessman said he has pleaded not guilty in the allegations against him and that he is ‘having his day in court’.

“Stop Misleading the public. Even on a foreign land I was acquitted and discharged, a decision that was affirmed by the Appeals Court and the Supreme Court. FYI: my granny wasn’t the presiding judge. Back home, I pleaded NOT GUILTY and I’m having my day in Court”.