Home News “There is nothing like money doubling in the spiritual world” – Kwaku... 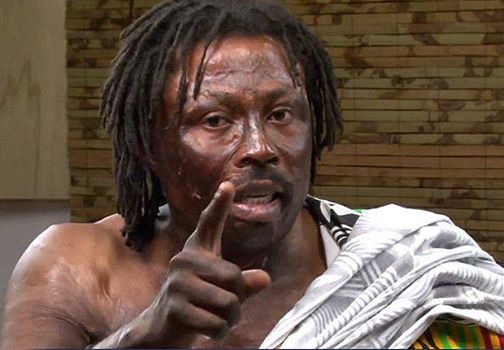 Renowned Traditional Priest, Nana Kwaku Bonsam, has revealed that there is nothing like ‘double money’ in the spiritual world.

He noted that the self -acclaimed money doublers are con men and women who have disguised themselves as fetish priests and priestesses to dupe innocent people.

This revelation follows the Murder of 10 year old Ishmeal Abdallah Mensah in Kasoa.

Two teenagers, aged 16 and 17 respectively, on Saturday, April 3, 2021 allegedly murdered a 10-year old boy in lamptey Mills a suburb of Kasoa in the Central Region.

The Eastern Region Police Command on Wednesday 7th April 2021 arrested a fetish priestess, Charity Mensah and one Desmond,  in connection with the boy’s murder in Amanase.

Preliminary investigations by the Police revealed that the two teenagers were lured by a fetish Priestess they saw on TV.

The fetish Priestess allegedly asked the children to bring a human corpse and GHS5000 in order for them to enjoy eternal riches.

In an interview with with Ekourba Gyasi on Atinka TV’s Stakeholders Forum themed “Proliferation of Money Doublers and Spiritualists on Media Platforms. ” Nana Kwaku Bonsam advised the general public to be weary of people who promise to double money for them.

Commenting on the use of human blood for money rituals, Nana Kwaku Bonsam, noted that the blood of Goats, doves, cows and other special animals are used in the act and not the blood of humans.

All You Need To Know About Ghana2pac Aka Supa Biography