Home Entertainment Hot Gossip Top 10 most curvy Ghanaian celebrities in 2021, No. 4 will shock... 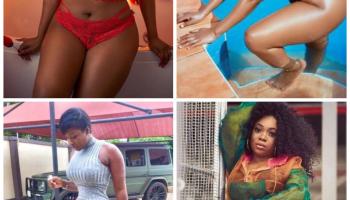 An awe-inspiring or an endowed woman in Ghana has gotten the decision for most Ghanaian men. This has made most girls who are not heavily endowed to look for a solution to enhance their backside to attract men.

This has gingered women to either resort to ‘hitting’ the gym center, using medications to enhance while others go under the knife to achieve such a result and our female celebrities are no exception.

Touted as one of the products of Obengfo, the actress has refuted such claims but it is no uncertainty she’s heavily endowed.

Moesha Boduong is currently in Switzerland enjoying some good holidays after a long month of Slaying. She has been sharing some awesome tasty photos but today chose to show her fans some more flesh.

Mzvee – Who Are You (Prod By MOG Beatz)