Black Stars new-boy Samuel Owusu may not return to FK Cukaricki in Serbia after the ongoing Africa Cup of Nations in Egypt as his stock continues to grow.

Samuel is already being chased by some top European Teams who have shown Interest in signing him.

Owusu, 23, had a decent tournament in Egypt playing all of Ghana’s four games and has already surfaced on the radar of three teams.

News has it that newly-promoted French Ligue 1 club Metz, Bordeaux and German Bundesliga outfit FC Cologne are keenly on the heels of the winger.

He made 32 appearances in the Serbian Superliga last season scoring seven goals and providing 10 assists.

Samuel Owusu is currently valued at 1.5 million Euros according to the transfer market.

Samuel Kwame Owusu (born 28 March 1996) is a Ghanaian professional footballer who plays as a winger for Serbian club Čukaričkiand the Ghana national team.

Born in Accra, Owusu played for Red Bull Ghana and Vision FC in his homeland, before moving abroad to Serbia and joining Radnik Surdulica in August 2014.

He made 12 appearances in the 2014–15 Serbian First League, helping the club win the title and promotion to the top flight. In the 2015–16 Serbian SuperLiga, Owusu started playing more regularly, scoring seven times in 30 games.

He signed a one-year extension with the club in May 2016. In June 2016, Owusu was transferred to Turkish club Gençlerbirliği on a two-year deal with an option for another year.

The transfer fee was reportedly €200.000. He made three appearances in the 2016–17 Turkish Cup, scoring one goal in a 6–0 home victory over Amed but failed to appear in any league games during the season.

In August 2017, Owusu returned to Serbia and joined Čukarički, penning a three-year contract and receiving the number 19 shirt.

He scored four times in 30 games during the 2017–18 Serbian SuperLiga. In the following 2018–19 season, Owusu scored seven goals and helped the club earn a spot in UEFA competitions after three years.

He subsequently debuted for the Black Stars in early June, coming on as a substitute in a 1–0 friendly loss to Namibia. Despite his team’s defeat, Owusu made a strong impression and got included in James Kwesi Appiah‘s final 23-man AFCON selection. 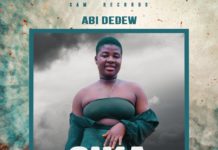