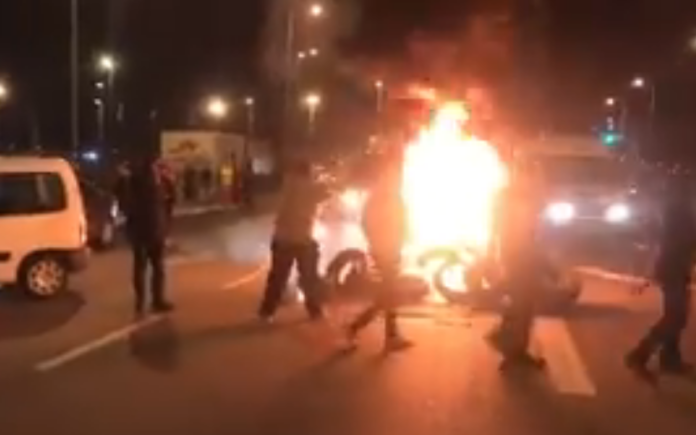 Residents of Wulugu in the West Mamprusi Municipality of the North East Region upon a robbery attack in the community today Sunday, January 17 mistakenly burnt a tanker driver mate to ashes using car tyres.

This was after a robbery incident which occurred in the morning of Sunday around 9 am in Wulugu a suburb of Walewale amidst firing of guns by the robbers saw Sanugu Abdulai a 27-year driver, mate now deceased, took to his heels to escape from the tragic incident.

A resident, Dauda Mike who spoke to 3new.com explained that the mate was running for his life but the resident mistook him to be one of the robbers and chased after him.

But unfortunately, the driver’s mate who couldn’t speak the local language was lynched by some residents.

“The angry residents heard the gunshots and tried to go after the robbers, not knowing the direction in which the robbers took, they spotted the driver mate Abdulai Sanugu who was also running to save his life and chased after him, they beat him and burned him with car tyres to his death because he couldn’t speak the Mampruli language,” Dauda Mike added.

“The tanker driver (Sanugu’s master) was waiting for his mate to come for them to continue the journey but waited in vain until he heard of the robbery attack, got to the scene and saw the body of his mate lying lifeless in black.”

The Police are still investigating the matter and no arrest has been made in respect to the case yet.