Home Entertainment VIDEO: Artists Who Didn’t Come To My Wedding Are Jealous – Patapaa 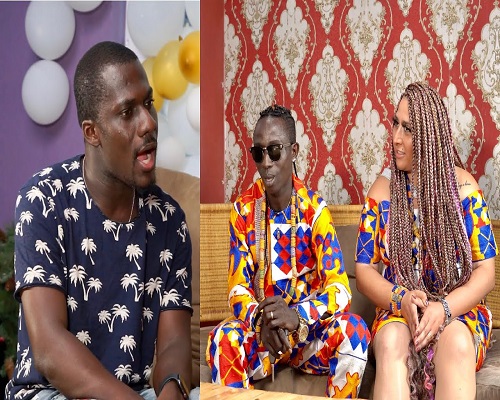 Swedru based musician Patapaa is claiming artistes who didn’t come to his wedding are just jealous and ‘Jons’.

Patapaa recently got married to his German girlfriend Liha Miller and had a buzz on social media because of some things Patapaa did at the wedding.

Right after the wedding Patapaa came out with a post claiming some artists were jealous of him getting married.

The Swedru based artist has re-echoed this in a recent interview claiming all the artists who couldn’t come to his wedding are jealous and Jons because he sent an invite to all of them.