Home New Released We borrow weapons for our work – GIS

Ghana’s  Immigration Service borrows weapons to be able  to perform its duties to the state, Head of public affairs of the service has revealed.

According to  Supt. Michael Amoako Atta, even though the law governing their operations has been reviewed to allow them carry weapons, the weapons are not available for their use.

Speaking  on the Alert show with host Adam Bonah on Starr FM Tuesday, Supt. Amoako Atta said the situation makes it difficult for them to perform their duties of protecting the borders and chasing out illegal immigrants from the country.

“Even though the law has been amended to allow us use weapons, these weapons are not there.  We have a few that we have borrowed from other agencies.

The revelations comes at a time  Ghana’s border with Burkina Faso is in turmoil as a result of the chaos in that country.

The Immigration Service is charged with handling all the needs that relate to the country’s dealings with non-citizens. The functions of the service are: to create conducive environments, through the establishment of regulatory frameworks that facilitate the entry, residence and employment of foreigners in Ghana. 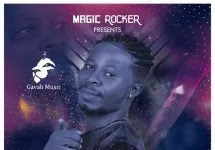 Teephlow – One Side (Prod By Ssnowbeatz)