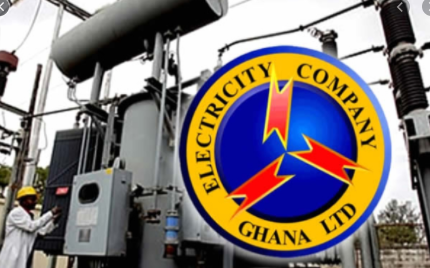 The Managing Director of the Electricity Company of Ghana (ECG), Kwame Agyeman-Budu has said the company needs money to carry out its operation duties.

“We need money to do it [improve]. If we get the increase we will love it [but] that will be up to the PURC because, no matter what we propose, they will ultimately decide,” he said.

He added “In terms of distribution, we need support, because we have to do upgrades to make sure the system is sustainable. We don’t wait till something is broken before we fix it. We need additional funds to upgrade our systems at all times.”

Energy Minister Dr Mathew Opoku Prempeh for his part revealed that there is going to be systematic power outgases in in the country in May this year.

“Just two days ago, I received a letter from Millennium Development Authority (MiDA), [the company which is helping with the upgrade of the Pokuase and Kasoa substations] informing me in the month of May, there is going to be systematic power outages.

“So we have invited ECG [Electricity Company of Ghana] and GRIDCo [Ghana Grid Company Limited] that in the light of this information we sit and plan and communicate to the people who will be affected way before it happens,” he said.

He added “In all of these instances it is only appropriate that managers of the power sector communicate such reasons timeously to the public in order for people to plan their lives accordingly.”

He had earlier assured the country that the technical issues that have resulted in power cuts to some areas especially in the capital city will be fully resolved by end of the year.

Dr Prempeh told journalists on Tuesday April 6 when he paid a working visit to the Ghana Grid Company (GRIDCo) that “We are working feverishly to resolve the challenges which have arisen as a result of technical difficulties with our transmission lines and it is our hope that, that issue will be resolved by the end of the year,”

He further said that most of the transmission lines are old and haven’t seen any changes.

“These our lines that we have just been informed about, were strung in the 50s and some in the 60s. The power it was supposed to transmit to Accra has increased tremendously due to the expansion of Accra yet the lines have remained the same.

“They are now giving us lines that can improve the power situation in Accra,” he said.

He stated that the country is not back to the ‘dumsor’ era.

“We should all be sincere and truthful in our communication. In 2016, the whole country was given periods when we are to receive power and when to be off. In 2016, the government of the day told us it was a generation problem.

“Even the opposition then said government did not have money to buy fuel to power the generators. This is not a generation problem, this is not about fuel so how can we call it “Dumsor”?” he queried.