Home Entertainment Celebrity Profile Would Anyone Have Been Better? King Sark!

An article written by: Rakisa Luci

Growing up as an individual rapper in Ghana not only does it come with struggles but high level of difficulties which make this goal almost impossible. A journey no one wants to take I guess. But it seems it wasn’t all that hard for a few of them, they did remarkably well and a lot of credit go to them in these present days. The likes of Kwaw Kese, EL, Edem, D-Cryme, Okyeame Kwame, Tinny and others filled it to the brim but the special one among them made it overflow….
Michael Owusu Addo popularly known as Sarkodie, the greatest Ghanaian rapper ever to walk the earth. This magical beast can boast of a eleven to twelve consistent career run with multiple recognized awards such as the BET, MTV, and VGMAs just to mention a few but in all, he has eighty-one awards out of a hundred and forty-eight nominations and still counting. His career is impeccable and he is said to be the biggest rap brand in Africa, arguably. The entire life of this young man literally wrote a book for the youth of Africans, Ghanaians especially, and the title was ‘IMPOSSIBLE MEANS; I’M POSSIBLE’
So with all this greatness, do you think there is someone out there who deserves it more than the king, Sarkodie? Well, keep your answer for a while and continue reading until you find mine. Perfect records are hard to break but not when there is none at all. If I start a race with you from an equal distance it is likely anyone of us could end up first. Okay then, let’s put Usain Bolt in the picture. A race with you and me and Bolt is no race at all, the difference is clear, Bolt is winning. Sarkodie had competitors from scratch but hey! the observers knew the King before the race began. 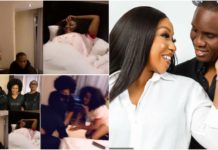 POPULAR MOVIE ACTRESS RITA DOMINIC IS OFF THE MARKET! 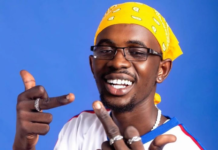 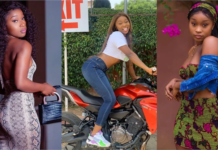 Heartbreaking! You won’t believe what Krymi has been through since you last heard of...