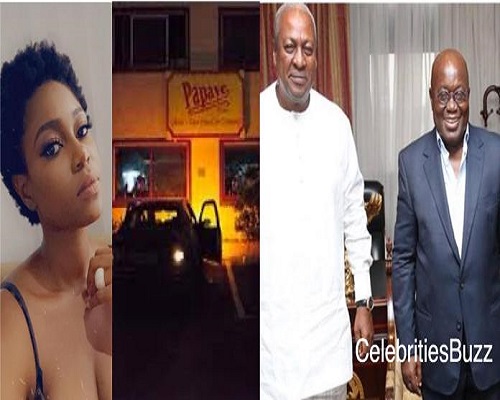 Yvonne Nelson is unhappy about the current Dumsor which has hit Ghanaians and as a matter of fact has taken to Twitter to fire shots at him.

Yvonne Nelson who once held a vigil against the NDC during the peak of the Dumsor captioned: “Mr President is this DUMSOR reloaded? We haven’t forgotten. #dumsormuststop.”

Some parts of Ghana have returned to Dumsor. The government has stated that they are working around the clock to get it fixed.

See the screenshot below: 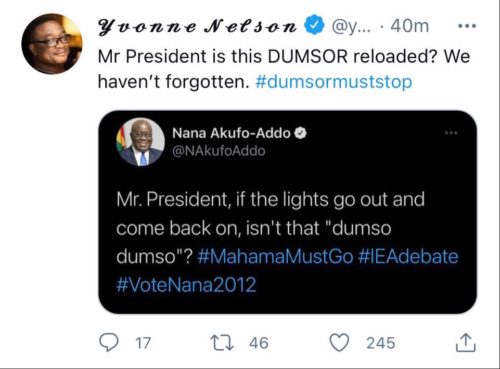 Kwaw Kese – “Give It To Me” ft. J Diamondz (Prod by BeatBoy)

Xandy Kamel cries out – Ghanaians have Tag me as a “prostitute”